‘Beavis and Butt-Head’ and ‘King of the Hill’ creator recognized for his outstanding contributions to the craft of animation writing. 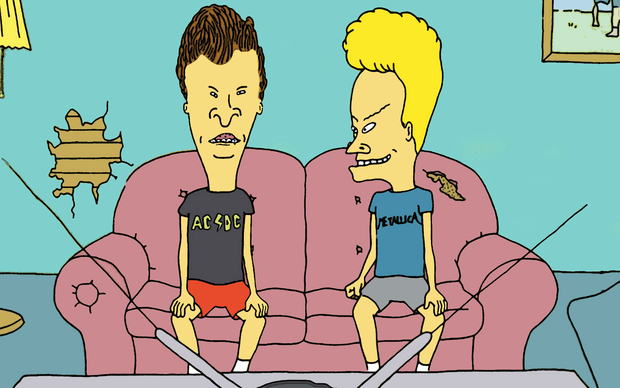 LOS ANGELES -- In recognition of his outstanding contributions to the craft of animation writing, as well as his role in helping organize animation writers within the entertainment industry, King of the Hill and Silicon Valley Co-Creator Mike Judge has been named the recipient of the Writers Guild of America, West Animation Writers Caucus’ 2016 Animation Writing Award for lifetime achievement.

“We’re very excited for Mike Judge to receive this long-overdue honor. His contributions to the field of animation, among them the groundbreaking Beavis and Butt-Head, and the long-running hit King of the Hill, have advanced the form of animation storytelling and continue to be a benchmark for creators everywhere,” said WGAW Vice President David A. Goodman. “We applaud the risk he took to guarantee making King of the Hill a WGA-covered show, which to this day helps the Guild chip away at the precedents that keep writers who work in animation from receiving the guarantees and benefits of our union.” A WGAW member since 1998, Judge was born in 1962 in Ecuador, raised in Albuquerque, New Mexico, and attended University of California at San Diego, where he earned a degree in physics. Following his earlier diverse job stints working as an engineer and playing bass professionally, MTV picked up Judge’s 1992 animated short, Frog Baseball, launching his career in animation.

A year later, MTV made a move to spin-off Judge’s increasingly popular animated shorts featuring Beavis and Butt-Head – a pair of bored, teenage heavy metal fans with a penchant for uttering deadpan social critiques – into a TV series of their own, with Judge providing the voices of both lead characters and several others. Beavis and Butt-Head, which originally ran on MTV from 1993 to 1997, quickly became a pop-cultural juggernaut, earning a CableACE Award Comedy Series nomination in 1994 and peaking with 1996’s big-screen feature film, Beavis and Butt-Head Do America, which Judge co-wrote with Joe Stillman and directed. In 2012, Mike resurrected Beavis and Butt-Head with twelve new episodes for MTV.

His next project was FOX’s long-running animated series, King of the Hill, the Southern domestic saga of no-nonsense propane salesman Hank Hill set in Arlen, Texas. Co-created by Judge and Greg Daniels, the show aired from 1997 to 2010 and won a Primetime Emmy Award for Outstanding Animated Program (For Programming One Hour or Less) in 1999, as well as five more Emmy nominations for the slyly subversive animated series in 1997, 1998, 2001, 2002, and 2008.

For his voice work as Hank Hill, Judge earned two Annie Awards nominations in 1997 and 2000. In addition, he received the Annies’ Winsor McCay Award for career contributions to the art of animation in 2009, as well as a Certificate of Merit, shared with Don Hertzfeldt, in 2004.

In 2009, he also co-created the satirical animated series, The Goode Family, with John Altschuler & Dave Krinksy, revolving around a family obsessed with doing the “right” thing environmentally, politically, and socially on issue-driven topics.

Moving beyond the TV animation medium over the course of his career, Judge expanded into writing and directing live-action films, including the 1999 cult comedy classic, Office Space, based on his own Milton animated short films, 2006’s hilariously prescient Idiocracy (Screenplay by Mike Judge & Etan Cohen, Story by Mike Judge), and the 2009 workplace comedy Extract.

Along the way, he has contributed voice work for animated TV shows such as South Park, Family Guy, and Aqua Teen Hunger Force, as well as portrayed “Donnagon” in the trio of Spy Kids movies.

Currently, Judge is a co-creator, executive producer, writer and director for the Emmy and Golden Globe-nominated HBO comedy series Silicon Valley (created by Mike Judge & John Altschuler & Dave Krinksy), which debuted its third season in April and is currently in production for its fourth season. Judge has earned three Primetime Emmy nominations for the series (Outstanding Directing for a Comedy Series) for the last three consecutive years, as well as sharing Emmy nominations for Outstanding Comedy Series in 2016, 2015, and 2014. In addition to sharing Writers Guild Awards nominations for Comedy Series (2016 and 2015) and New Series (2015) for Silicon Valley, Judge has earned DGA and PGA nominations for his work on the acclaimed HBO comedy series. Silicon Valley also won the SXSW Film Festival’s Audience Award for Episodic in 2014 -- fittingly, Judge lives in Austin, TX.