TeamTO taps licensing company, This is Iris, to spearhead marketing of the sophisticated and refined pug, Mike, in the UK. 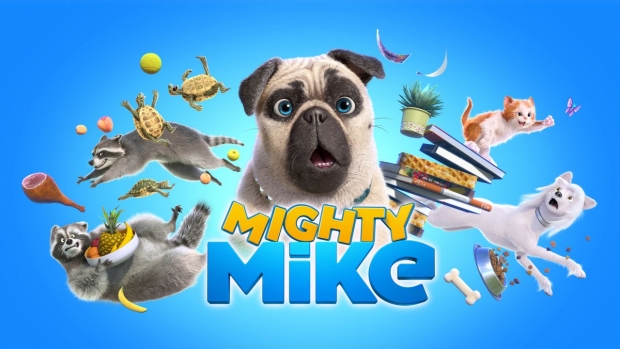 Mighty Mike stars a refined pug with sophisticated taste who longs for a quiet life but is forced to defend his house from a bunch of furry intruders and maddening pets. Raccoons, turtles and Fluffy the cat have a knack for showing up at the worst possible moment, dragging Mike into a series of outrageously funny twists and turns and making him miss yet another opportunity to impress Cindy, the neighbor’s elegant dog.

“Mighty Mike is a show with great appeal; it’s packed with personality and stand out characters that engage the audience the minute the show starts,” commented This is Iris’ Sara Lawrence. “The characters' incredible photorealism and the non-stop comedy make this show ideal for a great range of products. We are delighted to be working with TeamTO on this exciting property and look forward to updating our partners on Mighty Mike's potential and standout performance on CITV.”

“We are delighted to be working with the experienced and talented team at This is Iris,” added TeamTO VP, Patricia de Wilde. “With Sarah's uniquely creative and quality-driven approach to licensing, and great platforms on ITV & Boomerang, Mighty Mike could not be in better hands. Add to that the series' combination of subtle and sophisticated humor inspired by the daily life of pets and you have a perfect formula for success in the UK’s animal loving market."

"We are absolutely delighted with the performance of Mighty Mike on CITV,” noted senior program acquisitions executive, Darren Nartey. “It’s an outstanding comedy and clearly our audience agree.”

Mighty Mike is an original TeamTO production with Canada’s Digital Dimension. TeamTO manages all licensing rights worldwide and TV distribution in France, Germany, and China, while CAKE distributes the TV series in all other territories.