Tech giant’s planned $68.7 billion purchase signals everyone that it’s all in on capturing future generations of gamers. 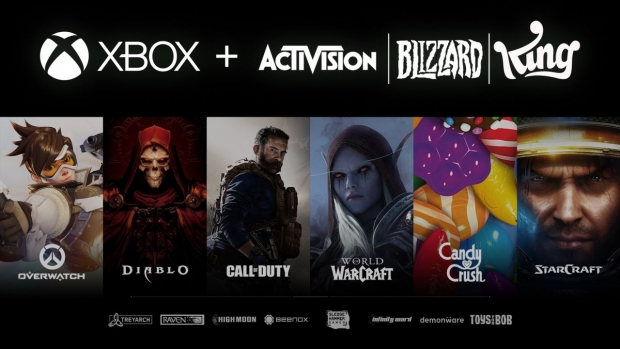 Microsoft Gaming announced in a blog post this morning that it is buying Activision Blizzard.

Though it’s not expected to close until June 2023, the still-pending purchase would be the largest in Microsoft’s history… and in gaming history -- a $68.7 billion deal that will put iconic game series such as Call of Duty, Warcraft, and Overwatch under its expansive publishing umbrella. With the move, Microsoft expects to become the third-largest gaming company in terms of revenue, trailing only Tencent and Sony.

“Over many decades, the studios and teams that make up Activision Blizzard have earned vast wellsprings of joy and respect from billions of people all over the world,” said Microsoft Gaming CEO Phil Spencer in a statement. “We are incredibly excited to have the chance to work with the amazing, talented, dedicated people across Activision Publishing, Blizzard Entertainment, Beenox, Demonware, Digital Legends, High Moon Studios, Infinity Ward, King, Major League Gaming, Radical Entertainment, Raven Software, Sledgehammer Games, Toys for Bob, Treyarch and every team across Activision Blizzard.”

Activision Blizzard saw massive growth in its revenue and share price over the past two years, due in large part to the releases of Call of Duty: War Zone and a mobile game in the Call of Duty series. But the company’s growth was quickly followed by a period of intense crisis, as allegations of gender-based discrimination and harassment at Blizzard Entertainment - publisher of World of Warcraft - found it sued by California’s DFEH. Ultimately, the lawsuit forced the resignation of former Blizzard president J. Allen Brack, who was replaced by Mike Ybarra and Jen Oneal; Oneal resigned just three months later and split from Activision Blizzard entirely at the end of 2021.

In this respect, it’s likely that Microsoft saw in Activision Blizzard a vulnerable target, and the company is already beginning its efforts to rehabilitate the damaged brand both financially and cosmetically.

“As a company, Microsoft is committed to our journey for inclusion in every aspect of gaming, among both employees and players,” Spencer said, broadly alluding to Activision Blizzard’s ongoing issues. “We deeply value individual studio cultures. We also believe that creative success and autonomy go hand-in-hand with treating every person with dignity and respect. We hold all teams, and all leaders, to this commitment. We’re looking forward to extending our culture of proactive inclusion to the great teams across Activision Blizzard.”

As it prepares to add Activision Blizzard to its ecosystem, Microsoft has signaled to its gaming industry contemporaries that it is wholly invested in mobile gaming, an area that has captured huge swaths of younger gamers who aren’t necessarily beholden to console gameplay.

At this time, the ever-popular mobile game Candy Crush is a leading generator of Activision Blizzard’s profits, bringing in about $303 million in operating income, according to The New York Times. It’s no accident that Microsoft’s announcement comes less than a week after Take-Two Interactive bought mobile game publisher Zynga for over $11 billion, setting the record for the largest deal in gaming history before Microsoft summarily squashed it today.