Michelle Trachtenberg breaks Black Saturn’s heart as the voice of Blood Moon in an all-new episode of Crackle’s ‘SuperMansion.’ 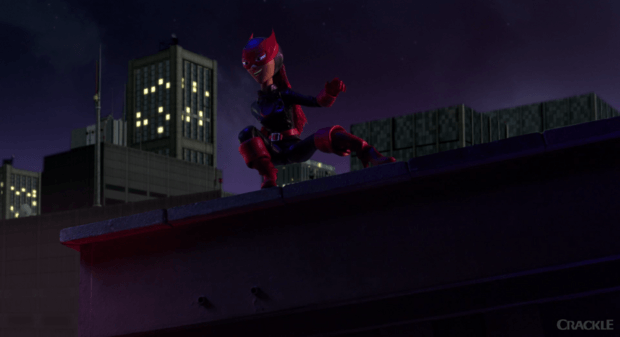 The League of Freedom has its hands full once again as hearts break, endurance is tested and identities are questioned in an all-new episode of the stop-motion animated series SuperMansion, now available on Crackle.

In SuperMansion, Titanium Rex is the aging leader of the League of Freedom, a once-proud assembly of super heroes that isn’t what it used to be.  Together, they harness their super powers and fight for justice, liberty and the need to stay relevant to society. From the creators of Robot Chicken, new episodes of SuperMansion debut every Thursday on Crackle.