The ‘Fast & Furious’ and ‘Detective Pikachu’ stars join Chris Pine in the film reboot of the classic table-top game, set for a 2022 release. 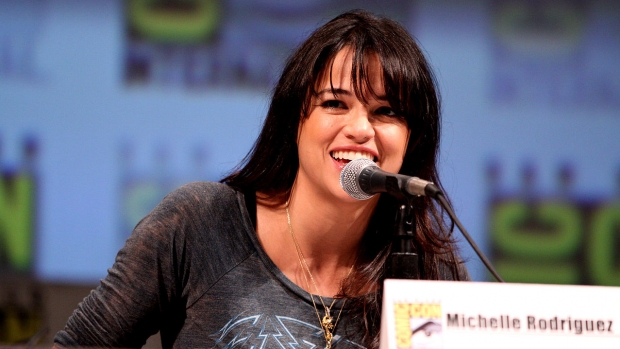 It looks like Paramount Pictures rolled a “Nat 20,” because they’ve just landed Michelle Rodriguez (Fast & Furious, Avatar) and Justice Smith (Pokémon Detective Pikachu) for the upcoming Dungeons and Dragons film reboot. Rodriguez and Smith will be joining Chris Pine, whose role has yet to be revealed.

According to The Hollywood Reporter, “The game is known for its war games, treasure hunts, camaraderie and reversals of fortune, all in a fantasy setting that combines humans, elves, orcs and hundreds of other creatures. The game famously uses multi-sided dice in gameplay and is overseen by a host known as the Dungeon Master. It is not known whether the story is a straight up fantasy or incorporates the storytelling and game-playing aspects.”

While Rodriguez and Smith’s roles also remain a mystery, we would love to see the F9 baddie playing a warrior or rogue type, while Smith seems perfect to portray a character actually playing the game of D&D. Perhaps this revival will follow a similar path as the Jumanji reboot, with one set of actors “playing” the game, and another set actually living it.