Featuring tales by women storytellers, the two-time César-winning filmmaker’s next animated feature will be set in Morocco and Istanbul. 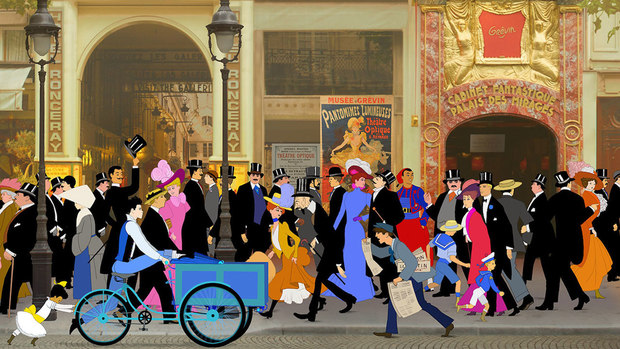 Acclaimed French filmmaker Michel Ocelot’s César-winning animated feature ‘Dilili in Paris’ depicts an underworld secret society known as the Master-Men, which has been kidnapping and enslaving young girls throughout Paris until Dilili and her friends manage to set them free in a daring escape.

“I can tell you that the starting point is Morocco,” Ocelot reportedly said. “It’s about an era of the 18th Century that depicts tales reunited by a female doctor who has been listening to tales orated by female storytellers in the palaces where she has been working.”

With a lengthy career devoted to animation -- beginning with his first animated feature, Kirikou and the Sorceress, released in 1998 -- Ocelot was awarded the César for Best Animated Feature for his film Dilili in Paris at last month’s ceremony for France’s highest cinema honors. The event marked the second César for Ocelot, who was previously awarded in 1983 for his film The Legend of the Poor Hunchback.

Ocelot also spoke about the power of cinema to inspire real-world events and the difficulties associated with dubbing his films into other languages, as well as the importance of defending women’s rights, even if that sometimes causes him problems with U.S. distributors. Head over to  Middle East Online to read the full story.