The Paris-based development, distribution, and production outfit has secured U.S., European, and Chinese distribution for its eco-friendly real-time CGI series as well as presales for ‘Goat Girl’ and ‘The MiniWhats.’ 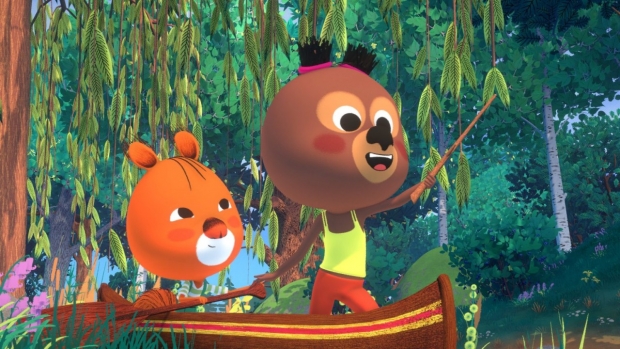 Paris-based Miam! Animation has scored a big win for its animation slate, securing U.S., European, and Chinese with broadcast deals for real-time CGI series Edmond and Lucy. Presales have also been secured for their upcoming 2D comedies Goat Girl and The MiniWhats.

Miam !, originally launched in 2016 as a development and distribution outfit, began in-house production in 2019, then grouped all activities together to create Miam ! Animation in 2020.

Edmond and Lucy, an eco-friendly show, is based on a series of children’s books and is geared towards the preschool market. According to Variety, the series was commissioned by France Television and Germany’s HR KiKA, and was recently sold RAI (Italy), Clan/RTVE (Spain), Youku (China) and Kids Street (U.S.).

“We are proud of our long-term partnerships with key players such as the RAI channel in Italy and Youku in China,” said Miam ! Distribution head, Mélanie Errea to Variety. “We care about our shows and about their impact, and we hope that, in a way, Edmond and Lucy will contribute to reconnecting kids and their families to the wonders of forests and to the living nature in general.”

“We are so pleased to welcome The MiniWhats to Tiny Pop in 2023,” added Pop Channels head of programing Claudia Dalley. “[The series’] concept is unique, engaging and facilitates strong comedy. The 2D animated MiniWhats are charming, full of personality and each add depth to the storytelling. We’re excited to see what our audience of 4–6-year-olds will make of it!”