‘Mia and me – Free the Unicorns,’ an animated game adventure based on the popular TV show, is now available. 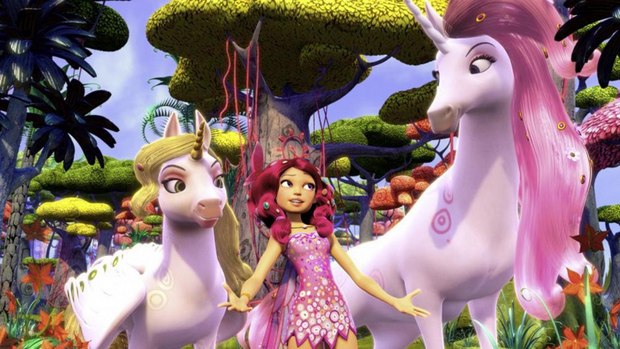 Mia and me, the internationally successful and popular TV show, is now available as elaborately animated game adventure in a magical 3D world, for the moment exclusively in the iTunes App Store. After 4-6 weeks the game will also be available at the Google Play Store, Nintendo eShop and at Amazon. The app is currently offered in German, English, French, Spanish and Italian language versions.

The game app Mia and me – Free the Unicorns is closely adapted from the hit TV-series. At the same time, players can explore the wonderful world of Centopia, with golden sunrises and incredibly beautiful moonlit nights, until they finally arrive at the dark palace of the evil Queen Panthea.

Fans  have  something  to look  forward  to  –  through  the  deceptively  genuine  adaptation  of  the TV-series, the long wait on its second season will be shortened while a new, exciting adventure is guaranteed at the same time. In order to save the Unicorns and Prince Mo, players have to embark on an adventurous journey. Fortunately, Mia’s best friend, the winged unicorn Onchao, is side by side with the players.

Mia and me - Free the Unicorns is now available in the App Store.