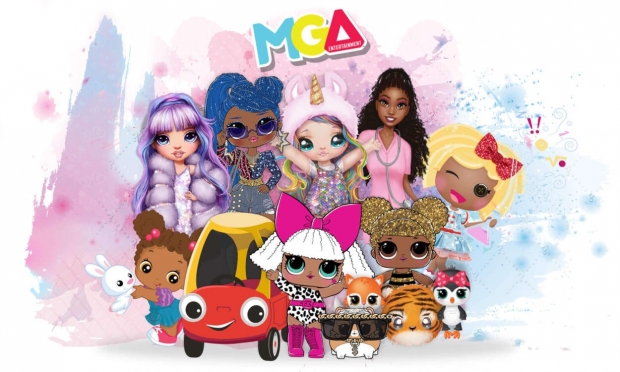 MGA Entertainment, Inc. (MGA) has announced the formation of MGA Studios, an independent subsidiary of MGA, backed with over half a billion dollars in cash and assets, to best meet the challenges of a rapidly evolving digital entertainment landscape.

“While continued innovation in the toy category remains a key driver for our business, we understand the world is changing and are fully committed to carrying our winning legacy into this new and evolving digital landscape,” said MGA Entertainment, Inc founder and CEO Isaac Larian. “In addition to growing our large catalog of television, movie, and streaming content, through MGA Studios we aim to create smaller and safer mini universes for our children to grow and develop in a seamless digital and physical entertainment ecosystem.”

MGA also announced that it has acquired Pixel Zoo Animation, a producer of animation and content for children and families. Its founder and CEO, Paul Gillett, will continue in his role supporting MGA Studios’ growth.

“During the past few years, we have been extremely impressed by MGA’s brands, how they partner with their suppliers, as well as their creative and execution capabilities,” commented Gillett. “Intellectual Property development has always been an important part of our studio, and this opportunity allows our team to show the world what we can do. Working with MGA has been one of the most rewarding experiences we have had, so partnering with them is the next natural step for us. I am excited for our studio to be the first foundational building block of MGA Studios.”

“MGA Entertainment has demonstrated time and again our ability to create multiple blockbuster brands from the ground up,” said MGA Studios president Jason Larian. “The purpose of MGA Studios will be to facilitate the expansion of these brands beyond the toy aisle and turn them into true transmedia franchises, including entertainment, gaming, and online experiences. We are committed to bringing new partners into the fold to help realize our vision, and the Pixel Zoo acquisition is the first step of many on this journey.”