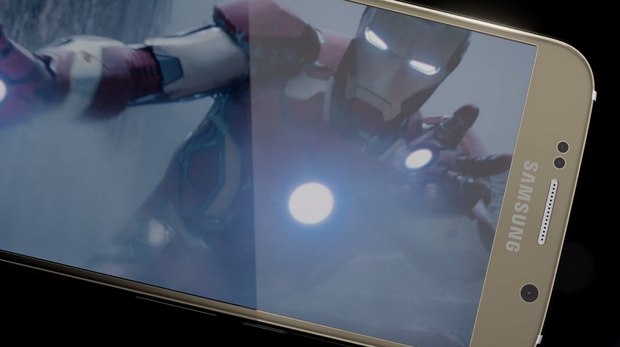 To promote Samsung’s new Galaxy S6 and Galaxy S6 Edge phones in cinemas alongside the release of Marvel’s Avengers: Age of Ultron, Method’s Los Angeles facility teamed with 72andSunny to create this stunning :60 spot, “Beauty and Might.” The spot, which also has a :30 version, transitions between the familiar weapons of Captain America, Thor and Iron Man, and the new Samsung phones, all in impeccably detailed close up.

Using Captain America’s shield, Thor’s hammer and Iron Man’s gauntlet to underscore the strength and craftsmanship of the new Samsung phones, the spot highlights the phones’ design and features and shows off their high-res screens with live action footage from the film. Method received weapon assets from Marvel and CAD models of the phones from Samsung; the latter needed to be re-worked for Method’s VFX pipeline and to achieve a detailed enough resolution to withstand the spot’s extreme close ups. Method’s team – led by VFX Supervisor Olivier Dumont, Compositing Supervisor Patrick Ferguson, and CG Supervisor Erik Gamache – animated several iterations of both weapons and phones in order to find the right angles and movements for smooth transitions. Aside from the live action footage in the phone’s screens, which Method carefully selected from the film’s trailer, the spot is fully CG and was completed and delivered in 4K.

Method’s main challenges on the four-week project came from lighting and textures. Creating ultra high-resolution images in CG, combined with the tight close ups, meant that the light, shadows, and surface textures had to be incredibly detailed and precise. This often meant adding a greater level of detail than was available in existing assets. Method’s team utilized Maya for modeling, MARI for textures, NUKE for compositing, V-Ray for rendering, and Flame for finishing. Method also added some atmospheric elements to give the weapons and phones more depth against the black background.

Method’s VFX Producer Michelle Machado and VFX Coordinator Julie Osborn tackled the complex managerial challenges of securing the necessary assets and footage, and tracking all of the iterations and deliverables. In addition to the 4K master, Method delivered the final spot in a wide variety of codecs and formats for audiences worldwide.

“The vision for this spot was to have everything appear seamless and elegant, and we worked very hard to make sure that everything passed muster,” said Dumont. “From creating detailed CG elements in 4K, to finding the right angle to showcase a certain feature, to creating the proper lighting and shading as the weapons and phones rotate, the final product really speaks to the skill level of everyone on this team.”