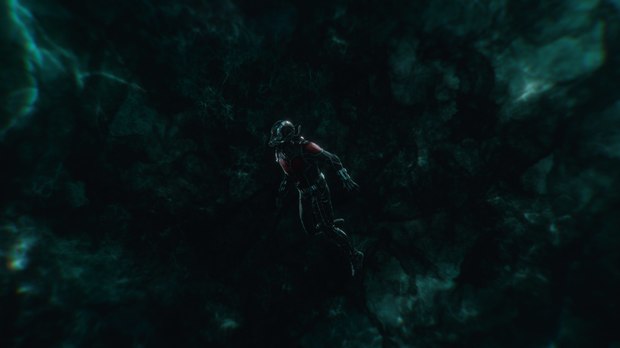 Marvel Studios’ Ant-Man and The Wasp teams Scott Lang (Paul Rudd) and Hope van Dyne (Evangeline Lilly) for an urgent new mission. The pair must work together to uncover secrets from their past, a journey that takes Scott into the Quantum Realm, a magical alternate dimension that was designed and created by Method Studios based on concepts from Marvel, and guidance from director Peyton Reed and production VFX supervisor Stephane Ceretti.

Method Studios’ VFX Supervisor for the film, Andrew Hellen, explained, “We did a lot of research into macro and cellular level photography, and played with different ways to visualize quantum mechanics. It has a very magical quality, with a scientific edge. We also used glitching effects and macro lensing to ground the footage, and keep it from feeling too terrestrial.”

On set, the actors were filmed on a flat, dirt landscape, which Method transformed into an undulating surface through multi-layer simulations. Outside the Quantum Realm sequence, Method also handled one of the film’s more comedic gags when Scott’s suit malfunctions and he’s stuck at the size of a preschooler. The scene was shot practically with a dual camera rig and married with mocap data of Rudd. Ceretti chose to shoot with grey-screen, rather than the traditional blue- or green-screen, for scenes that would have CG enhancements. This approach allowed artists to more closely match the on-set lighting.

Method also created digital doubles for both Ant-Man and The Wasp that were used when the characters are either small or transitioning in size. Regardless of scale, Method artists generally kept the same level of detail on the suits. When full scale, the suits are mostly practical, though the helmets remain CG throughout.