Method’s team, led by director Johnny Likens, designed an eerie opening sequence that illustrated a feeling of dread with sinister overtones, for FOX’s reimagining of the 1973 film. 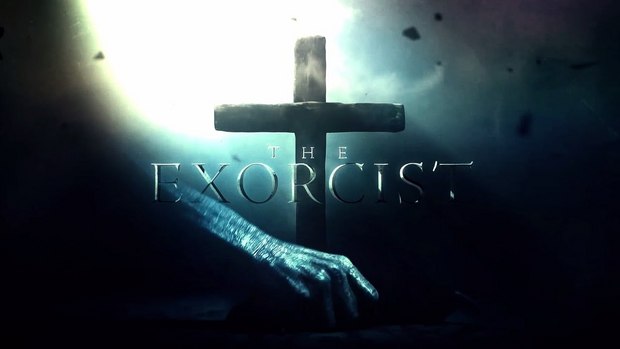 FOX TV series The Exorcist reimagines the saga of the 1973 feature film in present day Chicago, following Father Tomas Ortega as he tries to save the Rance family. For the show’s opening titles, the network turned to Method Studios to craft an elegantly eerie opening sequence with sinister overtones.

Led by director Johnny Likens, the Method team designed a concept that illustrated a feeling of dread, with darkness insidiously overtaking light. Likens traveled to Chicago and shot various city elements and architecture to incorporate into the look. He also experimented with macro-level shots of milk reacting with India ink, using the black and white as a visual metaphor for the creeping sense of fear.

“When filming the ink reacting under a macro lens, no two takes were the same, and the unique marbling effect was a perfect visual to capture that eerie feeling that we were going for,” explained Likens. “Our team did a wonderful job with crafting something interesting and beautiful.”

The Method team shot additional live action elements including an authentic 18th century Bible and hands holding a rosary. The final sequence combines all of these elements, utilizing dimensionalized stills and clever compositing (including adding animated clouds and birds) to portray the still imagery from Chicago as moving images.

The Exorcist recently wrapped its 10-episode debut season on FOX.