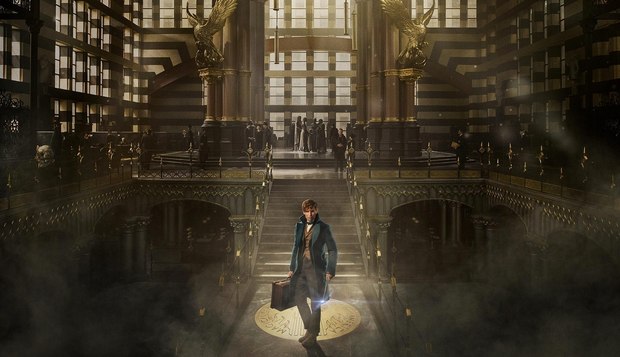 “It’s nearly impossible to extoll the individual virtues these artists bring to the team,” said Ed Ulbrich, President of Deluxe Visual Effects. “Method has long enjoyed a reputation for excellence in effects, and with Olivier, Jesse, James, Daryl, Tim and Myung helping to anchor our talent base, we’re able to extend our expertise to better serve clients at every phase of production.”

With this expansion, Method underscores its commitment to raising the bar in VFX and animation across features, advertising, and all mediums. Method’s upcoming feature film VFX projects opening this fall include Terrence Malick’s Voyage of Time, Marvel’s Doctor Strange and Warner Bros.’ Fantastic Beasts and Where to Find Them. The studio also completed the 2016 AICP Sponsor Reel, which has gone viral with more than 34 million YouTube views, GE’s “Raining Octopuses,” and the 2016 E3 trailer for Bethesda Softworks’ Quake Champions, among others.

Extending Method’s art and design team is world-class concept artist Olivier Pron, who excels at transforming scripts into fully realized worlds, creatures and characters. He joins Method Los Angeles from the studio’s London office, where he led the teams crafting pre-production visuals for VFX-heavy films including Iron Man 3, Cloud Atlas and Guardians of the Galaxy, which earned him a 2015 Art Directors Guild Award for Excellence in Production Design. Prior to Method, he held senior level creative and design posts at MPC and BUF.

With an extensive background in commercial VFX, Jesse Bradstreet comes to Method from Sydney, where he worked with a noteworthy roster of high-profile brands including Pepsi, Samsung and Vodafone. His work regularly garners award season attention, having earned a Silver Clio in the Animation category for a Honda Jazz “Imagination,” among other accolades. Bradstreet began his VFX career as an animator on X-Men and later as a VFX supervisor and director at Prodigy Films and Animal Logic.

James Rogers has been a guiding force at Method in Sydney since 2010, serving as VFX supervisor for CG-heavy features such as Gods of Egypt and The Wolverine as well as overseeing VFX for last year’s Target “Holiday Odyssey” campaign for 72andSunny. At Method Los Angeles, Rogers will extend the studio’s capacity for top commercial VFX, enabling a higher volume of CG-intensive projects to run simultaneously. A natural leader with an inventive point of view, Rogers received an Emmy nomination for his work on the series Moby Dick.

Prior to joining Method, Daryl Sawchuk was Head of Animation for MPC, helping to establish and grow its Vancouver facility. His credits include the Academy Award-winning Life of Pi, Edge of Tomorrow and Man of Steel, and he served as Animation Director for an upcoming Paramount feature releasing in 2017. His CG animated feature credits include Cloudy with a Chance of Meatballs, Everyone’s Hero, and The Wild.

Gong Myung Lee brings her intuitive eye for detail to Method New York. Lee was previously VFX supervisor/Head of CG at Mr. X Gotham, and has held various supervising roles at The Mill and Charlex. Her recent credits include Ang Lee’s Billy Lynn’s Long Halftime Walk, Zoolander 2 and The Finest Hours, and TV series The Strain, Vikings, Narcos and Marco Polo. Lee holds degrees in Political Science, Economics and Computer Science; she also has taught lighting and compositing as an Adjunct Professor at the School of Visual Arts.