As one of the main visual effects vendors on the film, Method Studios delivers 247 complex VFX shots for ‘San Andreas,’ including the entire downtown Los Angeles sequence, in which an earthquake decimates the city. 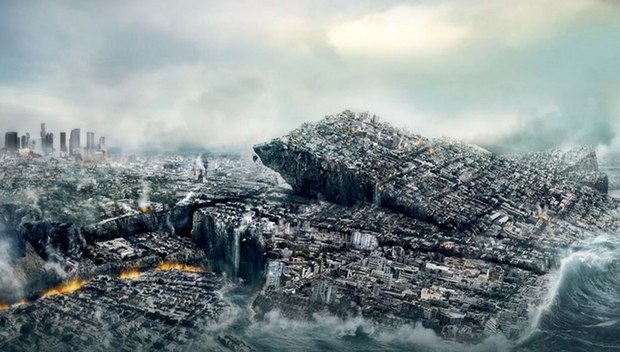 LOS ANGELES -- The Warner Bros. action thriller San Andreas, directed by Brad Peyton and now in theaters, is packed with catastrophic destruction, achieved in part through 247 complex visual effects shots executed by Method Studios facilities. As one of the main visual effects vendors on the film, Method was responsible for the entire downtown Los Angeles sequence, in which an earthquake decimates the city, and also contributed to the San Francisco sequence.

Method VFX Supervisor Nordin Rahhali was on-set for two months of the shoot, overseeing select shots in both Los Angeles and Brisbane to ensure efficient integration with CG elements and surroundings in post production. The focal point of the Los Angeles sequence is a continuous 3-minute shot beginning with an aerial view into the top-level restaurant of a mid-rise building that then tracks actress Carla Gugino through the chaos as she attempts to escape the impending carnage via rooftop helicopter piloted by her character’s husband, played by Dwayne Johnson. Comprising 4,500 frames, the shot was carefully pre-visualized by director Brad Peyton working with The Third Floor.

“The Los Angeles sequence was a huge challenge in terms of the scale and the complexity of what was needed,” commented Rahhali. “We had full CG environments where everything from high rises to trees are collapsing and everything needed to look photo-real and behave realistically, even down to the type and behavior of the smoke clouds.”

To completely reconstruct downtown Los Angeles in photo-real CG, Rahhali and his Method team captured extensive Lidar scans of the area from both street level and rooftops, and collected aerial shots to use as photography and lighting references. Artists used the data to build CG environments, which were stitched with the live action plates shot in Australia, then added atmospheric effects such as smoke and pyroclastic clouds to bring everything together in a cohesive scene.

Method also contributed to the San Francisco sequence in San Andreas, sharing assets, cameras, models and textures with Scanline and Hydraulx. In one particular scene, Method completed all foreground destruction of the city itself as Scanline destroyed the Bay Bridge. For both the Los Angeles and San Francisco sequences, Method also delivered helicopter composites and CG crowds to bring a heightened level of realism to the devastation.