Meta Media to Distribute ‘Who Who’ Worldwide 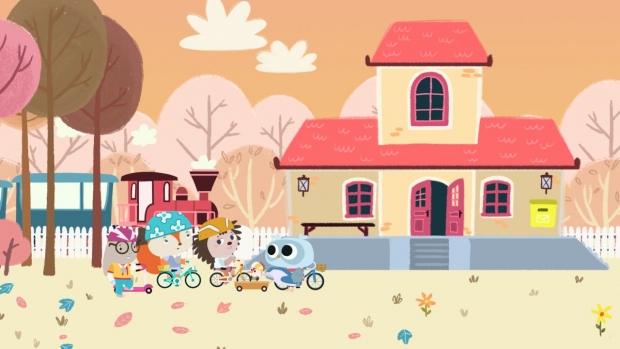 Meta Media Entertainment has been appointed worldwide distributor for Croatian preschool animation series Who Who. The show, formerly known as Little Who Who, was the winner of last year's MIP Junior Best Pitch, when it was presented by Croatian studio Recircle.

The series is about exploring the world, diversities, and social-emotional challenges through the eyes of a curious little owl called Who Who, as he discovers the world and meets new people. Who Who lives above the clock tower at Tiny Hill station at the heart of Big Forest with his mum, Mother Who, the station chief. The show revels in debunking stereotypes, while facing common social-emotional problems and puzzles. The scripts address the less explored notions of cultural and gender diversity. In each episode someone new arrives at the station to await their next train. No matter who it is or where they are from, Who Who and friends welcome them into Tiny Hill. Together with the visitor, the friends embark on an adventure to solve someone’s problem or puzzle. They love meeting the new people that roll in and out of the village, each time learning something new, making their own world that little bit bigger.

“It is rare to find a show which so successfully combines such timely themes with charming characters in a beautifully produced series which I’m sure will appeal to audiences worldwide,” commented Meta Media Entertainment founder, Sara Cooper

“Kids today need someone like Who Who more than ever,” added Recircle director of animation, Vjekoslav Zivkovic. “This is the show that will spark their curiosity about the world around them, showing them how to handle new emotions and situations and that diversity make us and our world richer and bigger. We are certain that Meta-Media will help Who Who in spreading these important values to kids all over the world.”

Who Who has been commissioned by Croation public broadcaster HRT. Simon Rolph (Wussywat the Clumsy Cat) is co-creator and head writer on the series. The project was supported by the Croatian Audiovisual Centre (HAVC), the city of Zagreb, and the MEDIA Sub-programme of Creative Europe.