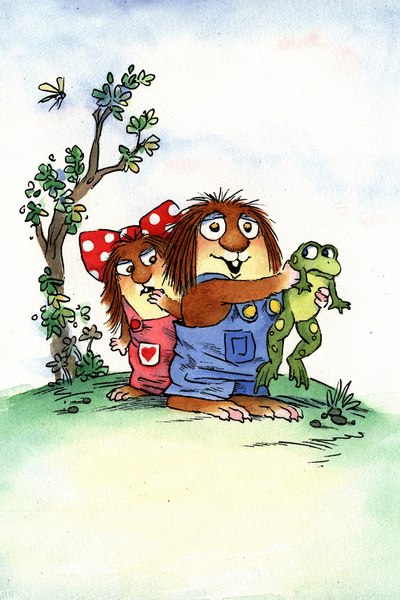 NEW YORK -- With over 200 million Little Critter books sold and over 100 titles currently in print in the U.S. alone, global popularity for the Little Critter character, created by award-winning children’s book author and illustrator Mercer Mayer, continues to grow. The success of the evergreen Little Critter has led to an agreement that was signed today between Mercer Mayer and Little Critter LLC, to develop the IP into a global entertainment brand. John R. Sansevere will spearhead the venture to create animated content for multiplatform distribution and to develop a strategic global licensing and merchandising program across a multitude of categories.

John R. Sansevere, a successful producer, creative director, writer, and designer for all aspects of entertainment, including games, publishing, and television, has been a long-time business partner of Mayer. He established Little Critter LLC together with Sword, Rowe & Company, DisruptiveLA, and Richard Dreher, each of whom will provide a unique advisory role to the company. Sword Rowe, which serves as Little Critter LLC’s strategic and financial advisor, is a boutique merchant bank whose principals, Sam Holdsworth and Dan Rowe, have a long history of launching successful content and IP focused businesses. DisruptiveLA’s James Burke and Chris Miller provide extensive production expertise; and real estate developer Richard Dreher brings his knowledge of capital formation.

To support its efforts, Little Critter LLC has retained Stuart Snyder, the former President/COO of Turner Broadcasting System’s Animation, Young Adults & Kids Media division, and Snyder Media Group, to provide strategic guidance and support across all elements of the project, including identifying and evaluating business opportunities, and to provide leadership of the Little Critter brand in keeping with Little Critter LLC’s efforts to grow the brand in all formats.

“John and I have worked together for many years, and there is no one whom I trust more to lead this esteemed group that he has assembled to bring new and meaningful Little Critter experiences to children everywhere,” commented Mercer Mayer.

“The unwavering popularity of Mercer Mayer’s Little Critter not only in the U.S., but also in overseas markets, solidified for Mercer and myself that it’s time to bring fans new ways to engage with Little Critter,” remarked Sansevere. “In our fast-paced modern world, the importance of embracing traditional family values and the simple things in life are important to parents, and are the heart of this classic and beloved IP.  With tens of millions of preschoolers all over the world and the boom of new outlets for children’s programming, Little Critter multiplatform content makes more sense now than ever before.”

“I am excited to be working with John and Sword Rowe to help bring the evergreen character, Little Critter, to its next level of success,” added Snyder.

Little Critter has entertained children for over 40 years. Featured in more than 300 books, which have sold over 200 million copies worldwide, Little Critter is enthusiastic and spirited, an every boy with a big heart and perfect role model for young children everywhere. Currently in development in a 3D version of Mercer Mayer’s signature watercolor style is a CG-animated series set in the world of Critterville, populated by a diverse cast of appealing animal characters, where old-fashioned family values reign with a twenty-first century twist. Humorous and rich storytelling focuses on neighborhood adventures and the challenges of growing-up, with a narrative underpinning that promotes social-emotional learning and the value of family and community.