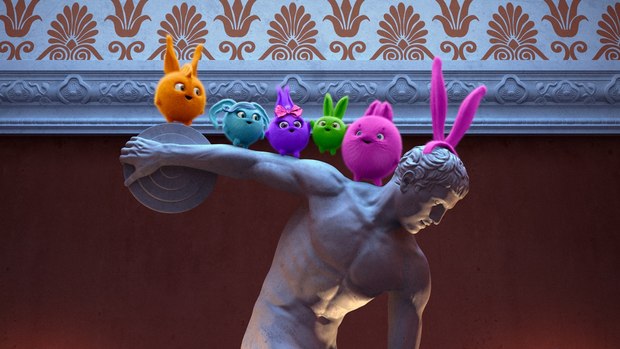 Sunny Bunnies, a non-dialogue CGI animation comedy aimed at four- to seven-year-olds, launched on Disney Channel in Russia and CIS in December. Now, Disney Junior Australia, New Zealand and Southeast Asia have acquired the exclusive pay-tv rights for 16 Asia-Pacific territories. The show is set to launch across the region in August.

Joel Williams, Head of Programming, Disney Channels Australia & New Zealand commented, “We are excited to have this fun and adventurous animated series on our schedule, delighting and exciting our local audience.”

Canal Panda, Portugal’s pioneering and most popular pre-school children’s cable channel, has licensed Sunny Bunnies for its domestic market, as well as the Portuguese-speaking PALOP territories in Africa.

Maria Ufland co-founder of Media I.M., added, “It was clear to us from the moment we met the Sunny Bunnies that they were set to be global stars. They’re sweet, they’re naughty, they have terrific adventures and they’re a force for happiness, what’s not to love? Of course, having Disney on board is a dream for any kids’ brand, but we’re also delighted to have signed our first deal with Canal Panda. Our policy of seeking out the best in the most unexpected places is paying dividends.”

The Sunny Bunnies are five beaming balls that can appear anywhere there is a source of light, from sunshine to moonlight. In each episode, the creatures bring their fun and games to a different location, a circus, a sports stadium, a park, embarking on mischievous adventures and spreading laughter and happiness. At the end of every episode, the fun continues with a collection of bloopers.