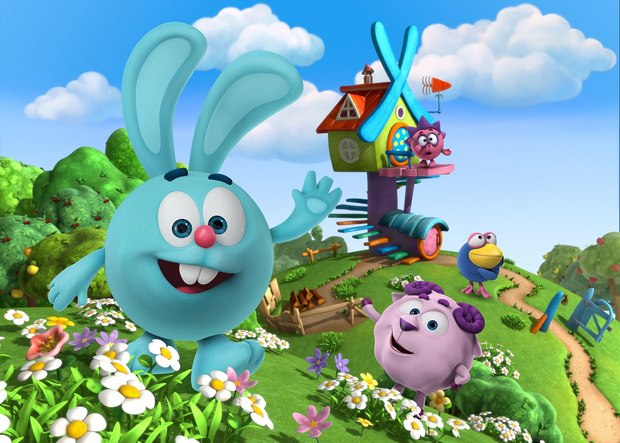 LONDON -- London-based animation and family entertainment content distribution company Media I.M. is at MIPCOM having just closed its biggest 360 international deal yet. The agreement consists of a television rights as well as a licensing and merchandising (L&M) pact with Turkey’s Düşyeri Animation Studios, best known for its hit pre-school series Pepee.

Under the deal, Düşyeri has acquired the TV licensing of two of Media I.M.’s most popular animation series. Kikoriki and Pin-Code, to air on the main Turkish children’s channel Planet Çocuk. Düşyeri will also serve as Media I.M.’s L&M partner in Turkey, developing and driving an ambitious L&M strategy around both properties. The agreement covers a total of 161 episodes of both Kikoriki and Pin-Code, with an option on a further 322 episodes of both series.

Launched in 2003, Kikoriki, Petersburg Animation Studio’s flagship brand about the spherical inhabitants of the world of Kikoriki become one of the most successful projects in the history of Russian animation and L&M. Dusyeri has acquired the original Kikoriki 2D series, as well as the latest follow-up series Kikoriki New Adventures and Pin-Code series in 3D. Animated adventure series Pin-Code chronicles the adventures of a penguin inventor called Pin and features all main characters introduced in Kikoriki.

“With Turkey being the MIPCOM 2015 Country of Honor, it’s particularly satisfying to be in Cannes with a major Turkish deal under our belt,” said Media I.M. co-founder Maria Ufland. “We are very excited to be launching our shows on Planet Çocuk backed by the deal with Dusyeri, one of the biggest and most respected names in Turkish animation, with a creative track record that is matched by its skill in building and growing brands. We couldn’t be in safer hands as we enter one of the world’s most dynamic markets.”

“We are very excited about the opportunity to introduce Turkish kids to the world of Kikoriki and Pin-Code and are confident that we can help developing this show into a big success both on-screen and off-screen,” added AYSE Sule Bilgic, the editor-in-chief of Planet Çocuk.