Outraged ‘Rick and Morty’ fans declare one-day return of Szechuan Dipping Sauce, originally created as a promotional tie-in with Disney’s ‘Mulan,’ ‘NOT COOL.’ Will McDonald’s make good on its promises? 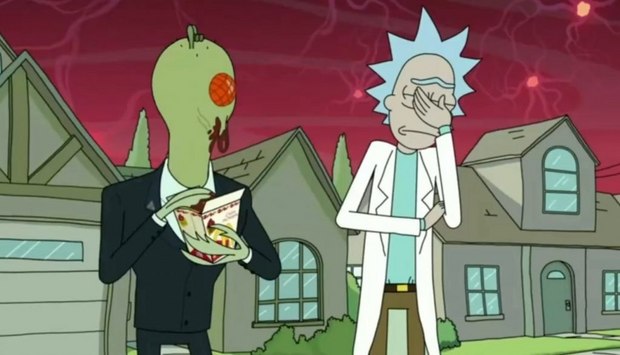 For anyone living under a rock, this past weekend saw the very messed up one-day return of McDonald’s Szechuan Dipping Sauce as part of the company’s introduction of its all-new Buttermilk Crispy Tenders. In addition to the highly coveted dipping sauce (packets of which have sold on eBay for as much as $14,700), customers were also promised a special limited-edition Szechuan Sauce poster at more than 1,000 participating locations.

Outraged Rick and Morty fans, who have been craving Szechuan Sauce ever since it was featured as part of a major story arc in the first episode of Season 3, “The Rickshank Rickdemption,” lined up for hours at McDonald’s locations across the country on Saturday, October 7, only to find that restaurants either didn’t have the stuff, or had only very limited supplies. Like, 20 packets per participating restaurant limited.

The horrible snafu from an uncaring corporation rightly enraged fans, many of whom took to Twitter to express their ire. Violence even broke out at certain locations, including one store on La Brea Boulevard in Los Angeles, where police were called to intervene with unruly fans. (Series creators Dan Harmon and Justin Roiland were reportedly also not amused by the PR fail and urged fans to be nice to McDonald’s workers.)

Described by McD’s as “the savory and slightly sweet sauce with hints of soy, ginger, garlic, and slight vinegar notes,” Szechuan Dipping Sauce was originally made available for a limited time in 1998 as a promotional tie-in with Disney’s Mulan. (At-home cooks can find a recipe here.)

Now McDonald’s has issued an apology for its underestimation of the power of Rick and Morty fans, and is promising to bring Szechwan Sauce to limited locations this winter. You can read the company’s full statement below:

On Saturday, October 7, 2017, we were truly humbled by the amazing curiosity, passion and energy this community showed to welcome back Szechuan Sauce–even if just for one day. Thank you, a million times over.

Between the costumes, the memes and the cross-state travel, you, the fans, showed us what you got. And our super-limited batch, though well-intentioned, clearly wasn’t near enough to meet that demand.

We agree. So, we’re gonna make this right. In the last 24 hours, we’ve worked to open any portal necessary. And it worked.

Szechuan Sauce is coming back once again this winter. And instead of being a one-day-only and limited to select restaurants, we’re bringing more–a lot more–so that any fan who’s willing to do whatever it takes for Szechuan Sauce will only have to ask for it at a nearby McDonald’s.

We want to make this right. You’re some of the best fans in this, or any, dimension…and we plan to deliver on that promise as soon as possible. Stay tuned.

-Your friends at McDonald’s