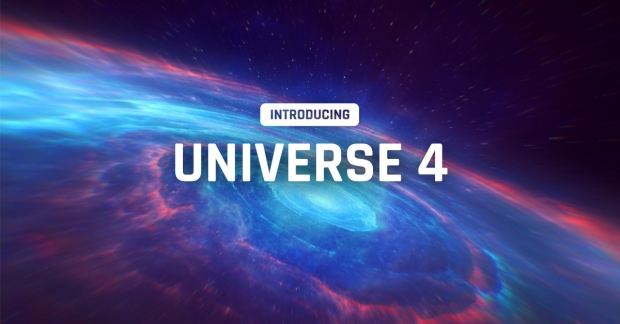 “Universe 4.0 gives artists the ability to quickly and easily create their favorite effects and add visual excitement to their projects,” commented Maxon CEO Dave McGavran. “It’s a pleasure to provide tools we know are going to inspire the creative community. I am also very pleased with the under-the-hood improvements that offer notable enhancements and set the groundwork for greater performance and efficiency in future releases.”

Electrify - Add lightning effects to images and footage by using source image contours to generate electrical effects, fractal noise sources to customize patterns without image contours or use both options simultaneously for maximum effect. Shimmer can be added with an animated matte texture.

New Presets - Includes 100+ presets for effects as well as 140 new presets for Array Gun and Typographic. The presets are themed around three categories: Sci-fi, Minimalistic and Trendy/Retro. All the presets are versatile and can be used with a wide variety of assets and designs.

Maxon also announced the update of several products including: