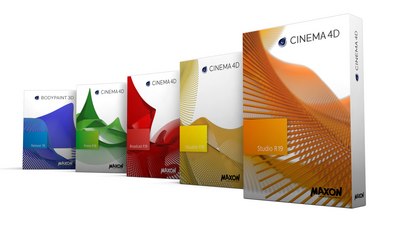 NEWBURY PARK, CA -- MAXON‘s Cinema 4D Release 19 (R19), the next generation of its acclaimed 3D animation, graphics, VFX, and visualization software, has been honored at SIGGRAPH 2017 -- the leading annual conference and exhibition dedicated to computer graphics and interactive techniques -- with two prestigious industry awards: the Computer Graphics World Magazine (CGW) Silver Edge Award is presented to companies with products or offerings that represent the best of show and have the potential to greatly impact the industry. This year marks the fifth time CGW has recognized MAXON with the award. MAXON is also a recipient of the postPerspective Impact Award honoring innovative products and technologies for the post production and production industries that will influence the way people work.

MAXON debuted Release 19 at SIGGRAPH 2017, designed to serve individual artists as well as large studio environments, with a fast, easy, stable and streamlined workflow to meet today’s challenges in the content creation markets: especially general design, motion graphics, VFX, VR/AR and all types of visualization. A number of re-engineered foundational technologies were also announced which the company will continue to develop and bring to maturity in future versions of Cinema 4D. A complete list of feature highlights in R19 is available here.

“MAXON’s Cinema 4D always has been an important tool for those working in professional digital content creation,” commented Karen Moltenbrey, CGW chief editor. “And during the past few years, the company has added robust features and tools that have made the software a mainstay across the industry, making the software indispensable across the DCC realm. With the most recent version, Release 19, MAXON continues to up its game with developments to the viewport, a new Sound Effector and more features for Voronoi Fracturing within the MoGraph toolset, a new Spherical Camera, and integration of AMD’s ProRender technology. In fact, at the recent SIGGRAPH conference, AMD highlighted its partnership with MAXON’s technology at the AMD Capsaicin event.”

Since its launch in 2013, postPerspective has emerged as the premier source of creative and technology intelligence for the post production and production industries.

“The postPerspective Impact Awards are special because they were voted on by people who will be potentially using these tools in their day-to-day workflows,” said Randi Altman, postPerspective’s founder and editor-in-chief. “Our anonymous judges are all respected industry professionals, as we feel awards for products targeting pros should be voted on by those who use these types of tools everyday. These awards celebrate those companies who have listened to users’ wants and needs and then produced tools designed to make their working lives easier and projects better. We are very proud to honor our winners from this year’s SIGGRAPH show.”

“The SIGGRAPH convention is an ideal setting to present future technologies in Cinema 4D,” says Paul Babb, president and CEO, MAXON US. “We are delighted CGW and postPerspective – two of the industry’s most respected news resources -- have awarded our development efforts in Release 19.”