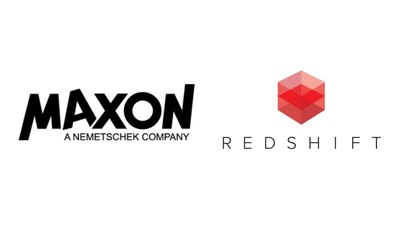 “Rendering can be the most time-consuming and demanding aspect of 3D content creation,” said Maxon CEO David McGavran. “Redshift’s speed and efficiency combined with Cinema 4D’s responsive workflow make it a perfect match for our portfolio.”

“We’ve always admired Maxon and the Cinema 4D community, and are thrilled to be a part of it,” said Redshift Rendering Technologies co-founder and CEO Nicolas Burtnyk. “We are looking forward to working closely with Maxon, collaborating on seamless integration of Redshift into Cinema 4D and continuing to push the boundaries of what’s possible with production-ready GPU rendering.”

Redshift has made a name for itself as an indispensable rendering solution for respected companies like Technicolor, Digital Domain, Encore Hollywood and Blizzard. Noteworthy projects where Redshift has been employed for VFX and motion graphics include Black Panther, Aquaman, Captain Marvel, Rampage, American Gods, Gotham, The Expanse, and more.

For more detailed information and a FAQ, visit the Maxon site.