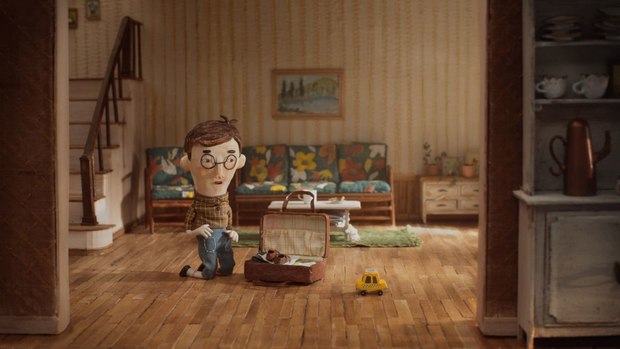 MONTREAL -- The Montreal Stop Motion Festival wrapped up its 10th edition with the unveiling of the 2018 short film competition winners, announced during the closing ceremony held on September 16 at Concordia University’s Salle J.A. de Sève. The jury was composed this year of Brenda Baumgarten, Jody Meredith and Pierre Pépin. Accompanied by Marie Gislais, development and partnerships officer at NAD School, they had the honor of announcing the films which most stood out throughout the action-packed weekend! Here are the award-winning films and filmmakers:

Award of a $500 grant for a Canadian artist among the participating filmmakers across all categories, applicable towards the purchase of a course offered at NAD. This 10th edition of the Festival was an undeniable success and began in grand style, with the addition of the Industry Cocktail to kick off the festivities, which took place on September 13 at Auberge Saint-Gabriel. Presented by the Quebec Animation Alliance with the participation of E.D. Films, the event attracted more than one hundred guests.

An increase in attendance was recorded at conferences and screenings; the occupancy rate of Festival theaters increased by 22% compared to the previous year! Tim Allen's masterclass was the most popular of all and was presented in front of a crowded room of diverse attendees. His presentation not only fulfilled but surpassed the expectations of the amateurs of animated cinema, the professionals of the medium and even some children who came to discover the secrets of their favorite films.

Local filmmakers Dale Hayward and Sylvie Trouvé, who premiered Bone Mother, their latest project, also attracted a big audience at their masterclass. They took advantage of their third participation in the Festival as special guest speakers to give away several of the 3D-printed replacement faces that were used during the production of their film to some lucky audience members.

The short film competitions, including the new category of Youth Films, also attracted more visitors this year, with more than 1,070 entries recorded. Filmmakers in the spotlight.

For a 4th consecutive year, the festival organized a special activity that brought the public together with visiting filmmakers. This year, the Festival held two meetings with the filmmakers on Saturday and Sunday mornings. 17 filmmakers, including 14 Canadians, took part in the interviews led by filmmaker and festival coordinator, Marie Valade. Amanda Strong (Vancouver), Alexandra Lemay (Montreal) and Dale Hayward (Montreal) took the opportunity to discuss the production of their films in front of the public. Amanda Strong's Biidaaban and Alexandra Lemay's Freaks of Nurture premiered in Quebec, and Sylvie Trouvé and Dale Hayward's Bone Mother had its world premiere!

The Festival is very proud to promote works from home and abroad, and it is a sincere pleasure to bring filmmakers together from coast to coast. Artists from Vancouver, Calgary, Oakville (ON) and Montreal as well as filmmakers from the United States and the United Kingdom took the stage by storm both days of the weekend and answered questions from curious festivalgoers.

Last but not least, the Festival’s first Virtual Reality Garden was presented the afternoons of September 15 and 16, thanks to a partnership with the Phi Centre. The audience was introduced to the following projects: Shaun the Sheep Movie Barn from Aardman Studios, Oculus Mad God from Wevr/Kaleidoscope/Tippett Studio, and NoxNext/Fox Searchlight's 360-degree Isle of Dogs: Behind the Scenes and Google Spotlight Stories from Felix & Paul Studios - on which our special guest Tim Allen, contributed as an animator. He also took advantage of his visit to the Festival to check out his work in VR for the very first time! Presentation on 'Chuck Steel: Night of the Trampires.' Image courtesy of Andre Michaud.