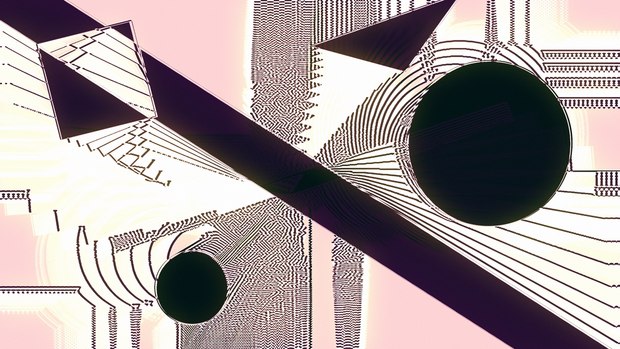 According to the Hong Kong-based animator and visual artist, the concept behind Divisional Articulations borrows from Paul Klee’s Bauhaus teachings and draws on visual influences ranging from Constructivist art to computer animation pioneer John Whitney’s seminal film experiment Matrix III (1972). The film was directed by Hattler and animated by a team of 16 students at City University of Hong Kong’s School of Creative Media, with the music created in Lux Prima’s studio in east London.

“This video is my visual interpretation of the fuzzy analogue loop-based music created by Lux Prima. Sound and image collide in an electronic feedback loop, spawning arrays of divisional articulations in time and space,” Hattler tells global video channel Nowness, where the video first debuted. Take a look at Hattler’s award-winning 2005 project, Collision, which uses Islamic and American quilt patterns along with the colors and geometry of flags as an abstract field of reflection:

You can keep up with all the latest work from Hattler, as well as shows and other events, on the official Max Hattler Facebook page.