Matthew Bristowe Joins One of Us

Visual Effects veteran joins Soho-based studio from Prime Focus World, where he managed both the VFX and stereo 3D output for features including ‘Hercules’ and ‘Kingsman: The Secret Service.’ 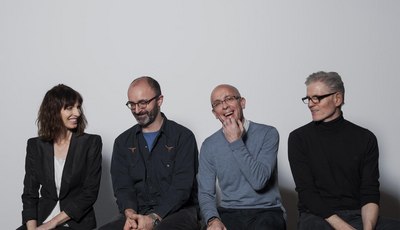 LONDON -- One Of Us, Soho based VFX studio, has announced that Matthew Bristowe has joined the team as Head of Production and Operations. With his extensive production and technical knowledge, Matthew brings with him a wealth of VFX experience.

“We are all delighted that Matthew is now one of us. He understands the creative drive which is at the heart of our business, and we are looking forward to developing and growing with the benefit of his skill, experience and sensibility,” commented Rachel Penfold, One of Us Company Director.

Bristowe joins from Prime Focus World, where, as Snr. VP of Production, he managed both the VFX and stereo 3D output for the London Office, overseeing VFX production for the studios’ feature projects, including Hercules (MGM) and Kingsman: The Secret Service (FOX). In addition, he was responsible for the growth and development of the global 3D conversion business, managing key projects such as Gravity (WB), Harry Potter and the Deathly Hallows part 2 (WB), Guardians of the Galaxy (MARVEL) and Maleficent (DISNEY). With a production career that started at MPC, Bristowe has a vast slate of feature films to his credit including; Danny Boyle’s Slumdog Millionaire, Wes Anderson’s Fantastic Mr. Fox and Guy Ritchie’s Sherlock Holmes.

Bristowe remarked, “I have always respected the team at One of Us and the exceptional work they produce. It’s a privilege to be part of them now and a hugely exciting start to 2016.”

Source: One Of Us