Exclusive SVOD deal which encompassing the rights of the Barbie movie catalogue for the next seven years is announced at MIPCOM 2016. 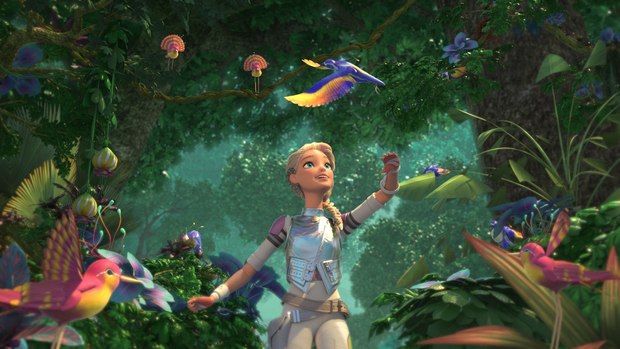 The new deal, which includes the entire Barbie catalogue including fall’s new release Barbie: StarLight Adventure and next year’s Spring movie Barbie: Video Game Hero, comes into effect immediately and was announced on the first day at MIPCOM 2016.

“As part of our ubiquitous content strategy, we want to ensure fans can watch Barbie content on multiple platforms whenever they want, so we are delighted to bring Barbie to SVOD platforms around the world maximising the distribution power and expertise of UPHE Content Group,” said Justin Richardson, Vice President Global Content Distribution & Strategy, Mattel Creations.

“Barbie’s content has global appeal and affinity with young fans around the world so we are delighted to be expanding our global partnership with Mattel even further,” said Helen Parker, Executive Vice President, UPHE Content Group.

The new SVOD deal comes at an exciting time for the brand whose latest content has been making waves on both linear and digital platforms, with more than 1 million subscribers on YouTube and 1 billion views on public videos. Last month, Barbie broke the Top 50 for “Most Viewed YouTube Channel in the US”, according to Tubefilter’s weekly rankings.  The Barbie YouTube Channel was the 10th Most Watched Brand in the month of August according to Tubular and its acclaimed video ‘Imagine The Possibilities’ has surpassed over 50 million views. To date, more than 140 million Barbie films have been sold worldwide and 30 full-length movie specials have been released.