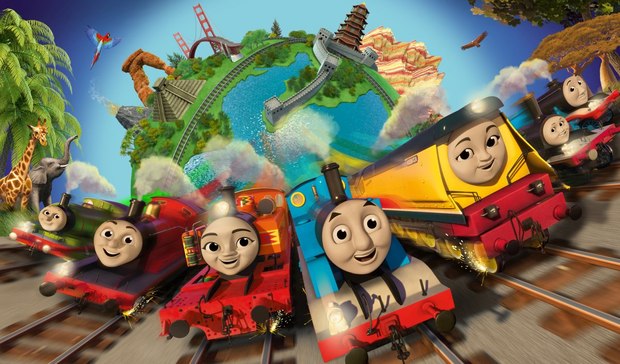 The revamped show, which launched to consumers this past September on Nick Jr. in the US, and on Channel 5, Milkshake! in the U.K., has reported an increase in ratings of over 40% amongst kids in the U.K., demonstrating the popularity of the recent content changes. This includes a more multicultural and gender-balanced “Steam Team” line-up of core characters as well as Thomas leaving Sodor to travel around the world.

Commenting on the performance on Milkshake!, Louise Bucknole, VP programming VIMN Kids UK & Ireland said, “We are delighted that the new adventures of Thomas & Friends has captured the imagination of Milkshake! viewers. The exciting makeover of this iconic heritage show has resonated with British kids and their families.”

Alex Godfrey, senior director content distribution for Europe, Mattel, added, “We are thrilled with the positive reception to Thomas & Friends: Big World! Big Adventures! in the U.K. The uplift in ratings on Milkshake! are testament to the extent to which the new changes to content have struck the right chord with children and parents. We are really excited for our esteemed international television partners to launch the new series later this year and can’t wait to see how the new series resonates with audiences around the world.”

Thomas and Friends: Big World! Big Adventures! has a new look and feel that is more modern and culturally relevant. Following market research with children and parents around the world, the show has been transformed to better reflect its audience, including a brand-new theme tune and a new format with faster-paced action, increased humor and music, new international friends, animals and exciting fantasy elements.  Thomas now narrates the show himself, breaking the fourth wall and talking directly to the audience to help build a deeper connection with children.