New 2D-animated series for the American Girl brand is set to launch on Mexico’s Televisa in mid-December. 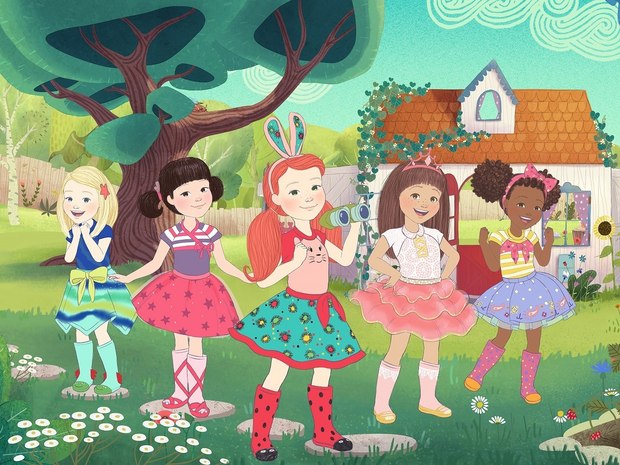 WellieWishers, which premiered earlier this year on Amazon Prime Video in the U.S, will launch on Televisa in mid-December and has been dubbed for Latin-Spanish speaking audiences. This latest deal is part of a series of Mattel properties that appear on Televisa, including Barbie, Monster High, Max Steel, Thomas & Friends among others.

“We are pleased to be launching WellieWishers with our esteemed partners, Televisa in Mexico,” said Justin Richardson, VP Global Content Distribution & Strategy, Mattel Creations, “The broadcaster has exactly the right platform and audience for this compelling new series and with its timeless, illustration-inspired design and contemporary storytelling, we believe the show will resonate with young girls in Mexico and the rest of Latin-America.”

“We are delighted to be expanding the relationship we have with Mattel Creations, and we are sure this content will be amazing for everyone who loves the American Girl brand,” said Maca Rotter, Managing Director Televisa Consumer Products.

Each 11-minute animated episode follows the fun-filled adventures of the five smart and lively WellieWishers characters -- Jillian, Kendall, Ashlyn, Emerson, and Camille. When the WellieWishers step into their colorful rain boots, they are ready for anything in their aunt’s whimsical backyard garden. Young viewers are entertained through stories, humor, and catchy songs as the WellieWishers work, dream, and play together -- feeding birds, making mud pies, creating art, and putting on shows -- all while imparting valuable lessons in friendship.

Launched this past June, American Girl created the WellieWishers line of dolls, accessories, early chapter books, and digital play experiences to help younger girls develop the social and emotional skills they need to become a good friend and person. The WellieWishers product line is available at specific retailers in Mexico nationwide.