Mattel subsidiary HIT Entertainment announces that the all-new series of 'Bob the Builder' will air on France 5 as well as several other top television channels across Europe and beyond. 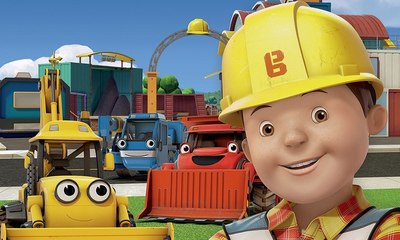 The new deals come as Mattel confirms future co-development and co-production of Bob the Builder through a partnership with DHX Media, a global leader in kids and family entertainment content, as announced December 15, 2015. The agreement will see new episodic, short-form and long-form programming of Bob the Builder produced for television and digital platforms. The partnership will also see DHX handle all future global distribution for Bob the Builder.

The new Bob the Builder CG-animated series, which has already doubled the average channel ratings in the U.K. on Channel 5’s Milkshake and seen a 101% ratings increase for new Bob the Builder versus the classic show on PBS Kids in the U.S., will see Bob the Builder bring the world of construction to life for kids, teaching teamwork and positivity with exciting characters and new relatable locations. Bob is still the same Bob that audiences know and love but with a brand new look. His dungarees have been replaced with a hi-vis jacket but his chunky boots, yellow hard hat and checked shirt all remain, ensuring TV’s best-loved builder remains just as recognisable as ever.

Claire Heinrich, Head of Youth Programs Acquisitions for France Televisions, commented, “We are thrilled to welcome the all-new Bob the Builder to France 5's programming schedule. Bob the Builder is a well-known character in France and we are sure everyone will love his new look and series. France 5 is known for featuring educational programming for children, and Bob is great for teaching little ones’ teamwork through a range of different scenarios and fun ventures.”

“We are delighted to be partnering with world-class broadcasters to bring the new Bob the Builder series into homes across Europe; this is a critical milestone that proves the strong production values of the show and the popularity of the brand,” added Catherine Balsam-Schwaber, Chief Content Officer at Mattel.