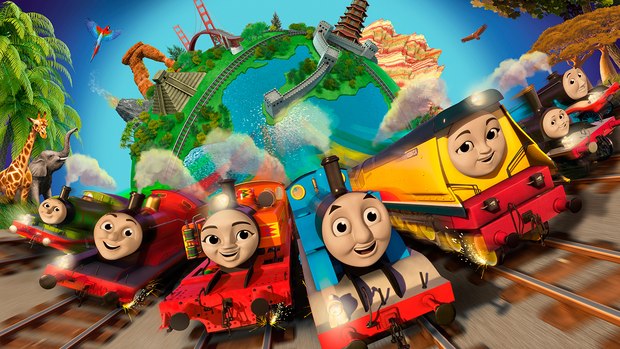 CANNES -- Mattel unveiled at MIP Junior its new 26 x 11 series Thomas & Friends: Big World! Big Adventures! The brand-new show premieres globally in fall 2018 and features a plethora of changes and enhancements with a more modern feel and appeal to both boy and girl preschool viewers around the world.

The refresh is based on extensive market research with hundreds of parents, children, creative work from the Mattel production team and consultants reimaging the show. The show also will be enhanced with several storylines tied to bringing to life in a preschool-friendly way the sustainable development goals adopted by world leaders at the United Nations in 2015, with the intention of helping kids from an early age develop into true global citizens.

The key highlights and changes of the show include: Faster-paced, seven-minute stories with increased humor and fantasy sequences; for the first time in the series’ history, Thomas leaves Sodor to travel to new cultures and countries such, including China, India and Australia; new characters include the first African steam engine from Kenya called Nia and other international characters from around the world, including Ashima from India, Yong Bao from China and Shane from Australia; a new formation of the core Steam Team, now made up of three girls and four boys; a new main title theme song; and for or the first time, Thomas tells his own stories and speaks directly to the audience, eliminating the need for a traditional narrator.

The new Thomas & Friends content will first be seen in the new movie tentpole, Thomas & Friends: Big World! Big Adventures! The Movie, premiering in summer 2018, while the new series 22 premieres in fall 2018. Thomas & Friends is aired in more than 110 countries in 33 languages with more than 2.8 billion YouTube Channel views and offers more than 80 hours of original content, produced from 500 episodes and 12 movies.