Mattel Property ‘Ever After High’ To Be Developed into Feature Film

Peter Chernin to produce the feature with Jenno Topping, who is overseeing the development with Mattel. 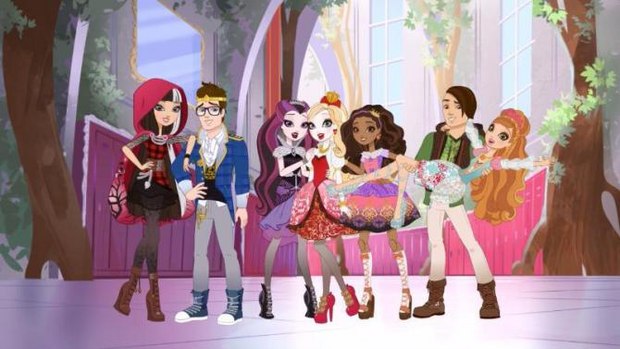 Chernin Entertainment is working with Mattel to help develop an Ever After High feature based on the popular toy line, according to a report by Deadline.

Jenno Topping is overseeing the development with Mattel as is Peter Chernin, who would produce the feature with Topping.

Already an animated series to be launched on Netflix in 2015, Ever After High tells the page-turning story of the teenage sons and daughters of well-known fairytale legends. Characters include Apple White (daughter of Snow White) and Raven Queen (daughter of the Evil Queen); Lizzie Hearts (daughter of the Queen of Hearts); Cedar Wood (daughter of Pinocchio); Dexter Charming (son of King Charming); and Cerise Hood (daughter of Little Red Riding Hood).

In the series, the fairytale offspring believe they must carry on their parent’s destinies or their parents’ stories will be lost forever and the characters will disappear. Yet, being teens, they struggle with wanting to break out of the mold and be their own people.

The Netflix original series will be preceded by a new movie, Ever After High: Spring Unsprung, slated to debut in early 2015, with 12 episodes of the series to follow.