Refreshed series will see the famous train engine and his pals travel the world. 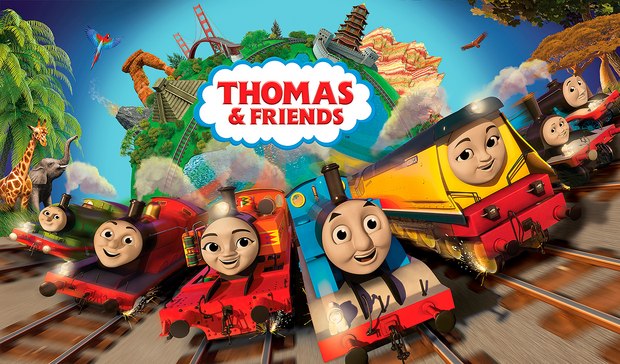 Mattel has given a greenlight to production on series 23 of ‘Thomas & Friends.’

Mattel has greenlit another series and special for Thomas & Friends to premiere in 2019.

The new series will consist of 20 11-minute episodes and three 22-minutes specials, and continue the themes of exploration and discovery while adding new locations and friends from around the world. This brings the Thomas & Friends library of content to more than 550 episodes.

The recent series has undergone a major refresh that sees iconic blue engine Thomas traveling farther than ever before, taking kids on a journey of wonder and curiosity as he adventures around the world to discover and learn about new countries and cultures. The show has a more contemporary feel, a brand-new theme tune and a refreshed Steam Team to include three girls and three boy engines, and Thomas, ensuring gender equality across the show, increasing global appeal for preschool viewers. This all-new format series will feature faster-paced action, increased humor, new music, new international friends, animals and exciting fantasy elements.

Thomas the Tank Engine was created more than 70 years ago and that story quickly grew to become the award-winning No. 1 preschool train brand franchise it is today, selling one engine every second, enjoyed by families in more than 160 territories and more than 55 languages across multiple touch-points and formats.