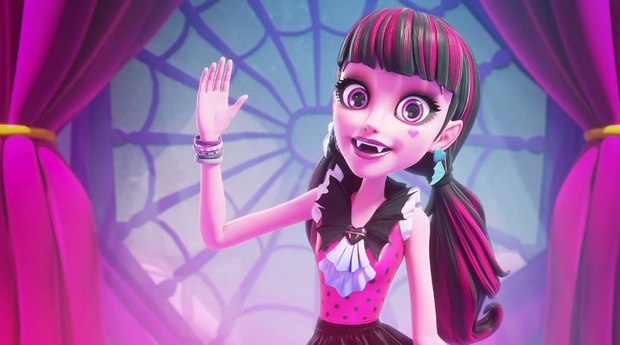 LONDON/EL SEGUNDO -- Mattel Creations has announced that a brand-new series of global hit animation Monster High, The Adventures of The Ghoul Squad, will be available exclusively on YouTube and YouTube Kids. This marks the first time Mattel has debuted an entire series to premiere on the platform.

The new 10-part series is the first full episodic series Mattel Creations has produced that will premiere exclusively on YouTube and YouTube Kids. Monster High: The Adventures of The Ghoul Squad will premiere on YouTube and be available through the YouTube Kids app which is currently available in 26 countries and has tens of millions of downloads to date. One episode will be released each week. The 11-minute adventures will be action-packed with all the same ghoulish charm and humor loved by Monster High fans, with an emphasis on friendship, family and working together. Additionally, a 44’ special is also being developed to compliment the series which will be available to broadcasters and SVOD partners.

“At Mattel Creations we have a clear understanding of where our audience are most likely to engage with our content and by creating content specifically for YouTube and YouTube Kids, we are recognizing that series content is not just for linear or SVOD,” said Mattel chief content officer Catherine Balsam-Schwaber. “YouTube Kids is a leader in reaching children aged 6-11 so, it’s the right platform for the Monster High content and fans. We are delighted to be furthering our partnership with YouTube Kids and welcome more families into the world of Monster High.”

“We’re thrilled that YouTube and YouTube Kids will be the exclusive home of Mattel’s engaging new series, Monster High: The Adventures of the Ghoul Squad,” said Malik Ducard, Global Head of Family and Learning for YouTube. “Mattel continues to bring enriching and entertaining content to the platform and we’re looking forward to this latest series.”

Monster High: The Adventures of The Ghoul Squad is an action and adventure series featuring some favourite ghouls from Monster High. Draculaura, Frankie, Clawdeen and their ghoul friends combine their wits and abilities as they travel to exotic locations, solve spine-tingling mysteries and rescue lost monsters all over the world. They are an elite squad of talented ghouls who make a pact to always be there for each other, and their fellow monsters, no matter what the odds. The series will be available in English, French, German, LATAM Spanish, Brazilian Portuguese and Russian and will launch later this year.