Ahead of MIPCOM, Mattel Creations presents new kids content slate including a special and two new series for Barbie and brand-new show ‘Enchantimals.’ 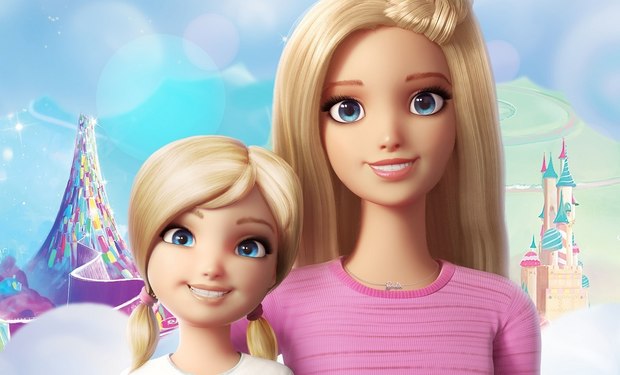 CANNES, FRANCE -- Mattel Creations has unveiled its all-new 2017 content slate ahead of this year’s MIPCOM, featuring its iconic and globally renowned portfolio of popular brands including a special and two new series for Barbie and brand new show Enchantimals, as well as Thomas & Friends, a perennial favorite. Animated by Snowball Studios, Barbie Dreamtopia series has a distinctive visual look that will appeal to a younger pre-school demographic than previous Barbie content. Set to be released in Fall 2017, the story revolves around Chelsea, the youngest sister of Barbie, as she takes a fantastical journey from her real life to the land of dreams. Together with Barbie, they embark on amazing adventures as they explore exciting new lands full of limitless possibility and important life lessons.

Barbie: Dreamhouse Adventures (26 x 22’) is another brand new Barbie series developed for an older audience of 5 to 11 year olds, with a realistic and modern CGI look and answering requests from fans to learn more about Barbie and her family. The new episodic show will chronicle the adventures of Barbie and her sisters, Chelsea, Stacie and Skipper, as they take the viewer along for their wild adventures that will have every girl believing that anything is possible.

In addition, a 60-minute Barbie special, Barbie Dolphin Magic, will also be available from Fall 2017 to compliment the two new Barbie series. Mattel Creations is also delighted to announce brand new special Enchantimals. This 60-minute special invites viewers to join the Enchantimals, a special group of friends with an unbreakable bond and extraordinary animal abilities who are the keepers of their enchanted forest home. The Enchantimals are at one with nature and strive to maintain balance, peace and harmony with unwavering compassion towards all living things. Each Enchantimal has their own animal best friend who helps them look after the enchanted forest they call home.

“With its broad appeal and fans of many ages, the world of Barbie content is expanding in many directions,” said Christopher Keenan, Senior Vice President Global Content & Executive Producer at Mattel Creations. “Barbie: Dreamhouse Adventures is a playful, CG-animated ‘sitcom’ aimed at the six to 11-year-old audience where comedy is the order of the day. Barbie Dreamtopia, on the other hand, is very much a preschool/transitional series, targeting Barbie’s younger audience and starring her youngest sister, Chelsea. The show follows on the success of the Dreamtopia special that was released last Spring and will be comprised of 11-minute episodes that depict Chelsea and Barbie in CG-animation in the real world and lavish, colorful 2D animation in the world of Dreamtopia. Additionally, we are thrilled to announce our new special, Enchantimals, as well as fresh content for Thomas & Friends, Monsters High and WellieWishers. We’re certain our diverse and vibrant schedule for 2017 will have broad appeal for children of many ages from around the world.”

Ahead of MIPCOM Junior, where Mattel’s CCO Catherine Balsam-Schwaber will be the keynote speaker on Sunday, October 16, Mattel Creations has announced the following new content slate demonstrating the extensive catalogue across its core brand portfolio:

Barbie Dreamtopia
52 x 11’
Enter a world of fantastical adventure with Mattel Creation’s newest preschool animated series. Barbie’s youngest sister, Chelsea, takes us on a fantastical journey to the land of her dreams. Together with their friends, Chelsea and Barbie embark on amazing adventures as they explore exciting new lands full of limitless possibility and important life lessons.

Barbie: Dreamhouse Adventures
26 x 22’
Barbie and her fun-loving sisters, Chelsea, Stacie and Skipper take you on their wild adventures in a new animated comedy series. From their Dreamhouse in Malibu to escapades around the globe, they navigate life’s ups and downs with plenty of laughs, musical numbers, and just enough sparkle and fantasy that will have every girl believing that anything is possible.

Barbie Dolphin Magic
1 x 60’
In this fun, underwater adventure, Barbie and her sisters visit Ken at his summer internship where he works at a coral reef researching dolphins. While diving and exploring the reef, the sisters discover rare, rainbow-colored dolphins who only visit once a year. This amazing find encourages them to learn more about preserving the coral and all the sea life that lives there. That’s when they meet Isla, a mysterious new friend who’s also on a mission to save the coral. What seems like a simple task turns out to be quite the adventure when it’s revealed Isla is really a mermaid. But there’s no time to celebrate having a mermaid for a friend, because Isla needs the help of Barbie and her sisters, and the gemstone dolphins to save the day.

Thomas: Journey Beyond Sodor
1 x 70’
Join Thomas and his friends in this exciting adventure to the mainland that shows us friendship is more important than being the favourite engine. Can Thomas and the new experimental engines save James and help bring him back to the Island of Sodor?

Thomas & Friends: Series 21
26 x 11’
Thomas and his friends are back and Hugo the mysterious “engine of the future” has joined the team, bringing speeds never seen before to the Island of Sodor. Thomas also builds friendships with Hannah, a breakvan who loves to go as fast as possible! With stories of friendship at the core of the series, Thomas and his friends experience some of the biggest crashes, fastest races and most thrilling adventures yet. Enchantimals
1 x 60’
At first glance you may think that the Enchantimals are just a regular group of girls. But on closer inspection you’ll see that this unique band live somewhere between human and animal. The Enchantimals are at one with nature, and as keepers of their forest home, they strive to maintain balance, peace and harmony, with unwavering compassion towards all living things. Each Enchantimal gets some much needed help from their very own animal bestie. Like the best of friends, they share an unbreakable bond, as well as extraordinary animal abilities. But why does their forest home need such a special group to help look after it? Because this is no ordinary forest - it’s enchanted!

WellieWishers Series 1
26 x 11’
Join the WellieWishers as they imagine, sing, dream and discover just what it takes to be kind. When the WellieWishers step into their colorful garden boots, they’re ready for anything – stomping in muddy puddles, dancing with fireflies and navigating the ins and outs of friendship through play and imagination. Monster High: Electrified
1 x 70’
Don’t miss the most energized Monster High adventure yet, as Frankie and a powerful new friend light up Clawdeen’s dream for a fierce new salon.

Max Steel Turbo Charged
1 x 44’
To prevent Terrorax and his sinister society of techno super villains from taking over the world, Max Steel must learn to master an all-new, powerful form of Turbo Energy!

Max Steel Turbo Warriors
1 x 44’
Terrorax is back with his most powerful weapon - the Pantheon! Can Max take down Terrorax in time to save the city he’s sworn to protect?