Matt Smith Flies onto ‘House of the Dragon’ ‘GOT’ Prequel 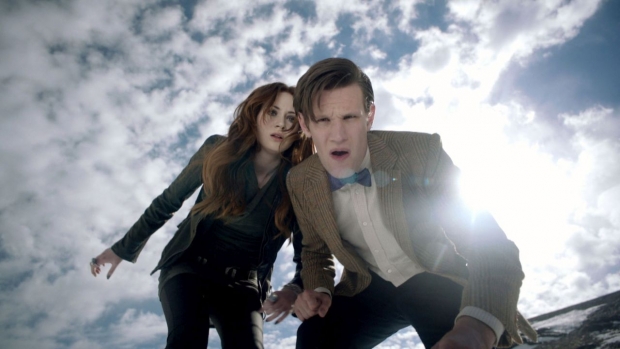 Out of the TARDIS and into the dragon fire! Matt Smith, the 11th Doctor in the BBC’s Doctor Who pantheon, is flying into the upcoming HBO Max ‘Game of Thrones’ prequel, House of the Dragon, as Daemon Targaryen, a prince and brother of King Viserys I (played in the series by Paddy Considine). Within the lore, Daemon, as described by Archmaester Gyldayn, was “as charming as he was hot-tempered.” We definitely see Smith fitting that bill.

While sitting in at a virtual Doctor Who Q&A at GalaxyCon Smith admits, “Without saying too much...I'm looking forward to riding a few dragons...if I get to. I mean, I don't know. Who knows?" Yeah, he’s going to ride some dragons. More specifically, Caraxes, his dragon in the George R.R. Martin books the new series is based on.

Olivia Cooke (Ready Player One) and Emma D’Arcy (Truth Seekers) also recently joined ranks with Smith and Considine. Cooke will portray Alicent Hightower, second wife of King Viserys I, while D’Arcy will step into the royal shoes of Princess Rhaenyra, eventual wife of Daemon (her uncle) and heir to the throne.