Los Angeles-based executive producer has worked on campaigns for brands including Under Armour, Coors, 2K Sports and DirecTV. 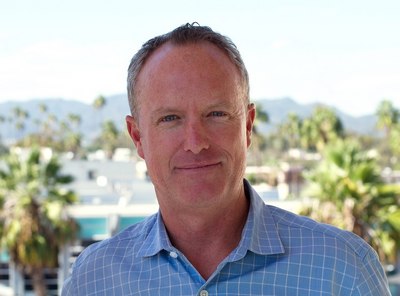 LOS ANGELES -- Bicoastal creative studio Carbon VFX have bolstered their roster in Los Angeles with the addition of accomplished production and strategic leader Matt McManus, who joins the company as executive producer. McManus has spent the last six years heading up his own Los Angeles-based digital FX/Post-production company, KILT Studios, which has worked on campaigns for brands including Under Armour, Coors, 2K Sports, and DirecTV. At Carbon VFX, McManus joins a team that has established its footprint in the visual effects and design worlds through their work for top-tier brands such as Nike, Google, AT&T, Toyota, Pepsi, and Chevy.

Regarding his new role, McManus said, “What attracted me is the great reputation Carbon has and the high level of production value it has maintained through its association with Whitehouse Post. I was also impressed by the amount of time people have invested in the company. The longevity speaks volumes to the company culture. It is very impressive.”

Along with his entrepreneurial endeavors at KILT Studios, McManus has led production efforts at a variety of prominent VFX/post-production companies during his career including Method Studios/Riot and Radium, working with high-profile clients like Pepsi, Gatorade, Coca-Cola, Ford, and Isuzu, and garnering multiple CLIOs, Cannes Lions, and AICP honors along the way. It’s McManus’s impressive background and respectability within the industry that won over Carbon VFX and Partner/Executive Producer Frank Devlin.

“Matt will be a valuable asset to Carbon. His level of experience in the market will be a great benefit to our company. Plus, he is a really nice guy. In talking to others about him, they are effusive in their praise and are quick to mention his stellar reputation in our business. We feel fortunate to have him as part of our team,” commented Devlin.

With 20 years’ worth of experience in the VFX/post space, McManus aims to bring not just his production skills, but business savvy to the EP position at Carbon VFX. “I hope to bring a broader base of VFX work,” McManus adds. “The Carbon brand is strong, but I believe it has greater potential. The team in the LA office is extremely talented and is an excellent base to build upon.”