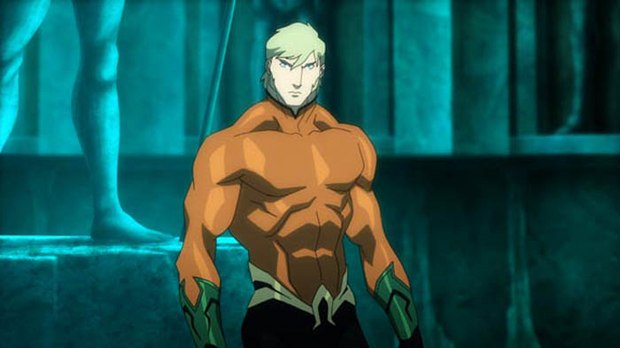 A new Justice League feature tracing the origins of Aquaman is on the way.

The story for Throne of Atlantis will focus on the young Arthur Curry, who will be voiced by 90210 and Star-Crossed actor Matt Lanter -- best known in the voice acting world as Anakin Skywalker on Star Wars: The Clone Wars. The animated feature will also see the return of Jason O'Mara (Batman), Shemar Moore (Cyborg), Christopher Gorham (the Flash) and Sean Astin (Shazam).

Also back for this movie is character designer Phil Bourassa, whose version of Aquaman was reportedly inspired by the new comic book look created by DC Comics co-publisher Jim Lee.

"He's got a little bit of a surfer dude quality in that his hair's a little unruly," says supervising producer James Tucker. “But he's got the stature and nobility that people expect from Aquaman."

Justice League: Throne of Atlantis is slated for release on DVD, Blu-ray, digital download and On Demand early next year.