Netflix returns to the medieval kingdom of Dreamland with new episodes in 2019, orders more episodes for 2020 and 2021. 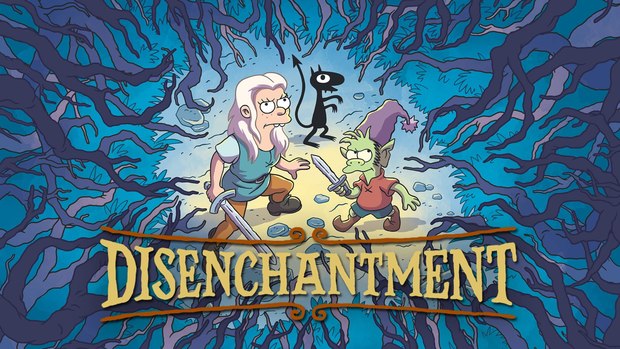 Animated adult comedy series from the creator of ‘The Simpsons’ debuted on Netflix on August 17.

Netflix is set to release more 10 more episodes of Matt Groening’s Disenchantment in 2019, and has ordered an additional 20 episodes for 2020 and 2021, the streaming giant announced in a video posted to YouTube on Monday.

The new order will take the 2D animated adult comedy series, which debuted on Netflix on August 17, through four seasons. Produced by The ULULU Company for Netflix, with Groening and Josh Weinstein (The Simpsons, Futurama) serving as executive producers, the animation is provided by Rough Draft Studios.

“We’re excited to continue this epic journey with Netflix,” Groening said in a statement. “Stay tuned for more cranked-up suspense, infuriating plot twists, and beloved characters getting knocked off.”