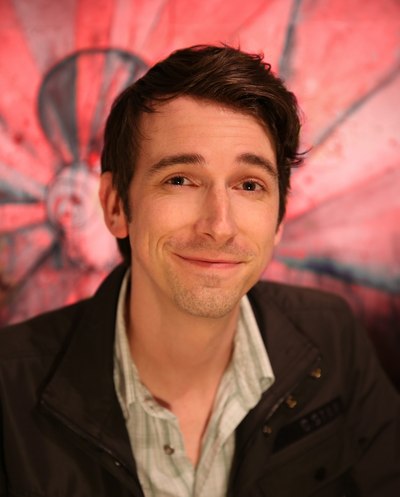 A Los Angeles animation director who got his start working for Ren & Stimpy’s John Kricfalusi while still in high school, Danner is known for his work on The Looney Tunes Show, Xiaolin Showdown, and the stop-motion animated WWE Slam City. He recently teamed with comics writer & illustrator Tony Millionaire up to create a first look at a CG/live-action hybrid film adaptation of Sock Monkey: Into The Deep Woods.

“Storyboarding is the life-line of the animation process -- a place where a story becomes real. I'd like to share what I've learned from my journey so it can be of use to others,” Danner said. “Throughout my career, I've had many mentors and peers that helped shape my ability to do what I love. It's time to pay it forward.”

The first workshop will take place from 9:00 a.m. - 5:00 p.m. on Saturday, February 21, at 6PH’s new Echo Park facility. A panel of industry professionals will select 30 participants after reviewing the submitted applications and body of work. The deadline for submissions to the first workshop is Thursday, February 12. Find out more about the submission process at www.sixpointharness.com/storyclass.

“Great storyboards are crucial and we have noted an increased demand for board artists familiar with Storyboard Pro software,” said 6PH co-founder and executive producer Brendan Burch, “And, there is no one better than Matt Danner to develop talent. It’s a real unique opportunity for burgeoning creatives.”

Along with instruction by Danner, the workshop will include additional guest lecturers and a lesson on Toon Boom’s Storyboard Pro.

“We are thrilled that 6 Point Harness asked us to be a part of this amazing event,” said Toon Boom Animation marketing and communications manager Desideria Mastriaco. “It’s so important in our industry to encourage creativity and to continue to provide opportunities for those who may not have access to certain tools, like our software.”

After the session, participants will be asked to break into small groups of three, with each group responsible for storyboarding one act of an 11-minute script.  On March 14, the groups will return to 6PH to pitch their project to directors, who will provide feedback and notes.