Thirty-year-old company opens studio in Toronto, adding to MASTERSFX’s existing array of full-service FX studios based in Los Angeles and Vancouver, BC. 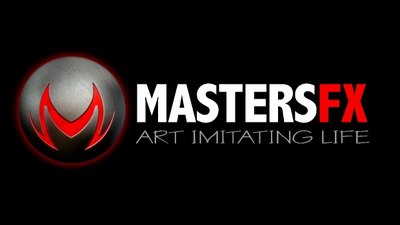 HOLLYWOOD & TORONTO -- Todd Masters, founder & president of character FX studio MASTERSFX, has announced an expansion of his 30- year-old company, with the opening of a new studio in Toronto. This new space adds to MASTERSFX’s existing array of full-service FX studios based in Los Angeles and Vancouver, BC. Creators of the cadavers for Six Feet Under, vampires from True Blood, Borg FX for Star Trek, and the baby makers from Look Who’s Talking, MASTERSFX has been contributing its blend of custom practical and digital FX to a wide range of TV and feature film projects for 30 years.

Masters and MASTERSFX are currently on an award-winning-roll, with two recent industry award wins: A 2016 Emmy Award win for Outstanding Make-up, for the Netflix Original TV movie Monsterville, as well as a 2016 LEO Award, again for Monsterville.

Expressing his reasons for opening a new studio within Canada’s film center, Toronto, Masters commented, “Toronto is a legendary hot-spot for genre filmmaking, for horror and sci-fi filmmakers, it’s one of a kind. My FX team and I have been traveling back and forth here, for many, many years on a variety of projects, working in a variety of temporary, pop-up shops. In fact, one of my very first monster-movies was made here in the mid-80s, The Blue Monkey, made at the old Lakeshore Psychiatric Hospital. It was directed by William Fruet, and we had a big, slimy bug-suit chasing nurses up and down hospital hallways. Classic.”

“More recently, a number of our clients have darn-near threatened us to set-up here more permanently. So we finally did!” Masters added.

For the new Toronto studio, Masters is teaming up with his longtime associate, Toronto-based Makeup FX Supervisor Zane Knisely. According to Masters and Knisely, the new space is already buzzing with creative activity.

“Many of us have worked with the MASTERSFX team over the years, so it’s been nearly seamless getting this shop plugged into the collective, MASTERFX hive,” Knisely joked. “We now have three studios that are really linked into one another! With MFX’s internal communications, our decades of experience and FX history, plus a stock of FX techniques, visual effects, rentals and tattoos, our combined offerings are amazing. We can scan or mold actors out of our LA studio, while building and shooting here. It’s a fresh approach to prosthetics and character FX, one that productions seem to really like, and it’s exciting to be involved in this award-winning team.”

In addition to Monsterville, other recent projects for which MASTERSFX has been recognized by industry awards and acclaim, include: Hemlock Grove – nominated for a VES Award (Outstanding Visual Effects,) and Falling Skies, also nominated for a VES Award (Outstanding Visual Effects).  Masters hopes to continue this streak with his company’s work on SyFy’s The Expanse, for which he, Knisely, and their Toronto-based team are already well into season two. For that series, MASTERSFX is supplying FX, depicting the ugly results of zero-gravity, and much more.

“I really loved the first season,” Masters stated. “The scripts were really layered and involved. But it seemed so ambitious. It blew me away when I finally saw it come together. When it premiered, I, like many others, became one of its biggest fans.”

Lynn Raynor, Producer for the Toronto-based Expanse series, added, “We’ve been addicted to MASTERSFX’s work out of Los Angeles and Vancouver for many years. And now, finally, we will be MASTERSFX adjacent, here in Toronto!”

MASTERSFX is currently continuing its work on iZombie for the CW, The Magicians on SyFy, The Night Shift on NBC and soon to be airing on CBS, The Zoo, based on the James Patterson novel, and the upcoming revival of Prison Break.

“We like the challenges that television brings to our FX studio; the fast schedules, the budgets. It’s all near-instant these days,” Masters explained. “But we’ve designed a variety of techniques to handle this mad-paced work-flow. I love the opportunity to work with a diverse batch of filmmakers and getting to work with so many new directors. Over the years, one might think that we’ve done it all, but TV always has someone new and thrilling to work with.”

“Our team of incredible artists, based in LA, Vancouver and now Toronto, are so good at what they do - creating life-like, award-winning FX in a fast turn-around TV environment. It’s remarkable what we do now, even compared to the work for which I won my first Emmy, 15 years-ago, for our work on HBO’s Six Feet Under. The demand for fresh, creative solutions is certainly much higher today, while the quality of the work we are able to deliver is also far better,” Masters concluded.