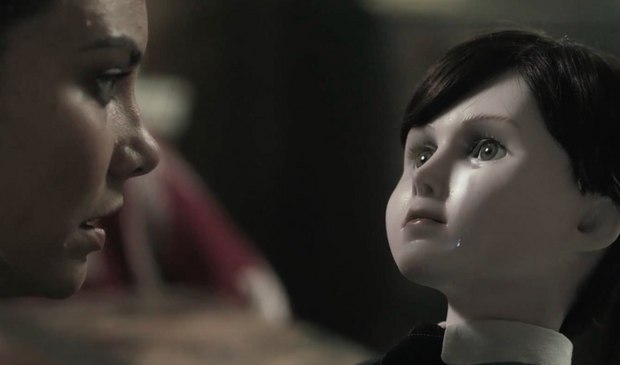 For The Boy, which opened on January 22nd, MASTERSFX’s Vancouver Studio created the title character -- a four-foot tall doll that seems to rule the household of a remote manor. In the film, from director William Brent Bell (The Devil Inside), a young American woman, Greta, (Lauren Cohan of AMC’s The Walking Dead), takes a job as a live-in nanny in rural England. She comes to find out that the child she was hired to care for is not an actual 8-year-old boy, but instead, a life-sized porcelain doll named “Brahms.”

“We have a long-standing relationship with our friends at Lakeshore Entertainment, usually making vampires and werewolves for their Underworld films. But this time, creating ‘Brahms,’ was a completely different challenge,” said Company president Todd Masters. “We knew that this ‘Brahms’ doll needed to be more like a supporting cast member for Lauren Cohan to play against, rather than just serve as her prop. So we added all sorts of weird little forms and details within his features. We wanted to depict a good deal of realism with his appearance, even by his ability to make a simple turn of his head. Adding in [Texas Chainsaw Massacre] cinematographer Daniel Pearl’s incredible lighting, he, director William Brent Bell, and especially producer Richard Wright were instrumental in helping us to present Brahms’ simple, downplayed, yet truly bizarre features.” MASTERSFX’s Vancouver Studio created several “Brahams” dolls to accommodate the needs of various stages of the production. MFX’s Lead Artist Yukiyo Okajima sculpted “Brahms’” delicate features, and finished each life-like doll with her special touch. “This was tough in some ways, as sometimes ‘subtle’ nuances can be more painstaking, than, say creating a Lycan -- where we have fur and slime to help us hide some of our FX tricks. But with The Boy, our team has really outdone themselves by creating a truly ‘creepy doll’ for the movie ages,” Masters concludes.

Working on-set, MASTERSFX artist Tannis Hegan operated and maintained each of the “Brahms” dolls to ensure that each dolls’ features would reflect the proper emotion and tone. Each doll was articulated as though a large stop-motion armature was inside it. In this manner, Hegan could allow “Brahms” to make the slightest of head turns, or move into a body pose that would convincingly portray the appropriate character’s emotion as each scene required.

In addition to the company’s work on The Boy, MASTERSFX also recently completed its special makeup FX contributions to Underworld: Next Generation, for Lakeshore Entertainment -- the 5th installment in the successful action sci-fi franchise, starring Kate Beckinsale. MASTERSFX has once again provided the practical, on-set Lycan characters for this film, which recently completed principal photography in Prague. Anna Foerster directs Underworld: Next Generation, which Sony Pictures Entertainment will release.