During SIGGRAPH 2016, Massive debuts the single most significant improvement to its AI-crowd simulation software since it was first released along with updates to Ready to Run Agents. 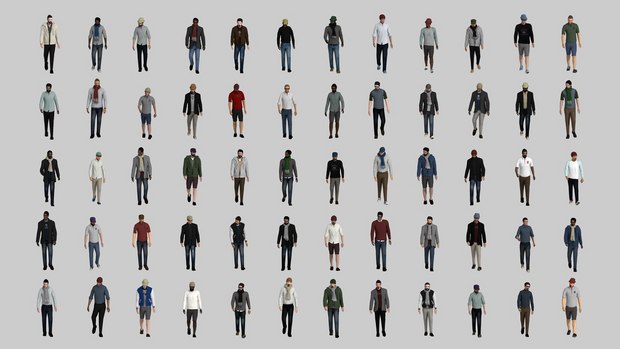 ANAHEIM, CA –  At SIGGRAPH 2016, Massive, creator of sophisticated crowd simulation software, announced the Parts Library, a set of pre-built “brain parts” that rapidly accelerate the process of creating realistic crowd scenes. Artists of any skill level can now construct complex behavioral patterns for AI-controlled Agents in minutes, rather than days or even weeks. This vastly improves the creation process while saving studios of all sizes significant costs and resources. “The Parts Library is perhaps the single most significant improvement in Massive since it was first released,” said Massive creator and CEO Stephen Regelous. “Small studios will find this lowers the barrier to generating sophisticated crowd shots, while larger studios will find the Parts Library useful for creating crowd assets that can be shared across multiple Agents as well as multiple projects.”

Last year, Massive unveiled the Parts Feature for Massive 8.0, which introduced the ability to rapidly assemble Agent brains by dropping in Parts containing set behaviors. While it radically improved the process of creating Agents, creating custom brain parts required considerable time and expertise. Now with the new Parts Library, artists can create intricate behaviors simply by mixing and matching from 40 pre-assembled Parts. These Parts include options like collision avoidance, quadruped terrain adaptation, formations, procedural prop animation and lane following to name just a few. More Parts will be added to the library in the near future at no additional cost. Massive Parts are entirely customizable without any coding, completely avoiding the pitfalls of the black box approach used by other crowd simulation systems. Artists can select the Parts they want to use from the library, then simply drag and drop them into an Agent’s brain. Parts automatically “know” how to connect to other parts, and are designed to load any additional Parts on which they are dependent. The entire process takes minutes, even seconds.

The Parts Library also allows artists to build Agents in a way that keeps their brains separate from the Agents themselves. Sections of created brains can be shared instantly across multiple Agents; a feature large VFX studios have requested that was not technologically possible until now. Because the parts are saved separately from the Agents, the assembled brains can be reused and shared across multiple characters and multiple projects. The Parts can even be shared across multiple studios as they are not subject to licensing. Ready to Run Agents Update
During SIGGRAPH 2016, Massive also released an update for its signature Ready to Run Agents. This upgrade, included in the cost of support and maintenance, introduces new geometry including additional glasses, beards, hats and a greater variety of clothing options. The existing geometry has also received an upgrade to look more realistic and contemporary. More texture and displacement maps have been added, and resolutions of existing maps have increased substantially. The end result is that the film-quality Agents look more unique than ever before, even at higher resolutions.

“The Parts Library changes everything, simplifying a process that used to take days or weeks down to just minutes,” said Regelous. “Massive not only offers the highest-quality crowd simulation software, but it’s also the most cost-effective, whether using our film-quality Ready to Run agents or creating your own.” Pricing/Availability
The Parts Library is available now to all Massive Prime users, who are currently on support and maintenance. Massive Prime 8.1 is priced at USD $16,000 including the first year of upgrades and support.