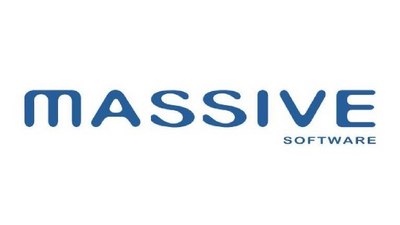 SIGGRAPH 2017 -- LOS ANGELES -- Massive, makers of the Academy Award-winning crowd simulation software Massive Prime, today announced the upcoming release of Massive Prime Version 9.0. The new version of this industry-leading simulation tool will add several features, including an all new universal plugin that will allow nearly any third-party vendor, 3D animation tool or rendering application to implement their own Massive support. Massive Version 9.0 will be on display at SIGGRAPH 2017.

For years now, Massive has received countless requests to support various animation and rendering applications, each having unique requirements and file format demands. In response, Version 9.0 introduces the universal plugin as a way to allow all third party software vendors or post production studios the ability to render Massive’s AI-controlled agents, or make them appear in the viewport of the host software.

“Every year we receive multiple requests to support various animation and rendering applications,” said Massive CEO and founder Stephen Regelous. “We want to make it easy for anyone to utilize Massive’s tools, which is why we decided to make a straightforward ‘universal’ plugin that would allow Massive agents to appear in renders, or even directly in software viewports.” Along with the universal plugin, Version 9.0 will include a new shader network feature that allows users to import, edit or build shading networks directly within Massive. When importing a shading network from a third-party tool, such Autodesk Maya or 3ds Max, these networks will look and function the same in Massive, enabling artists to continue to edit and improve an agent’s look without interrupting their workflow.

In a nod to the architectural visualization market, Version 9.0 will also introduce a new option called “Lanes as Generators.” In current iterations of Massive’s software, artists can assign a lane for agents to follow, but they must also include separate generators to tell the agents where to appear and what geometry they occupy in the simulation. “Lanes as Generators” combines these two features, simplifying the artist’s process and offering new crowd movement options, including a convenient way to incorporate escalators and travellators.

These new features found in Version 9.0, together with recent introductions like the Massive Parts Library and the Ready to Run Agents, make designing crowd simulations easier than ever. All updates introduced to Version 9.0 will be applied to both Massive for Maya and Massive for Max as well, at no additional charge.

Massive for Max is available for $595/quarter or $1995/year, and includes the Ambient Agent and one-year of maintenance. Massive for Maya can be purchased for US $3,500, including the Ambient Agent and maintenance for one year. Massive Prime is USD $16,000, which includes one year of maintenance and support. Customers who purchased Massive within one-year year of Version 9.0 release will receive the new software at no additional cost. A 30-day free trial of Massive is available upon request.