The company-wide restructuring that began Friday continues today as hundreds of employees are being let go. 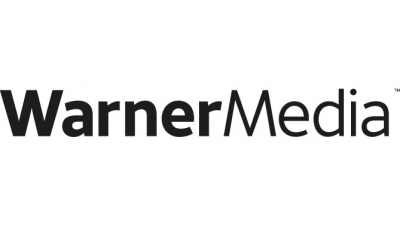 In a continuation of the company restructuring announced this past Friday, WarnerMedia today began laying off hundreds of employees, according to a Variety report.

In addition, roughly 650 Warner Bros. staff are being let go today, with between 150-175 being laid off HBO.

The Warner Bros. Motion Pictures Group will continue to be led by Chairman Toby Emmerich. Warner Bros. Television Studios group continues to be led by Chairman Peter Roth. Warner Bros. Interactive remains part of the Studios and Networks group, along with our Global Brands and Franchises team including DC led by Pam Lifford, and our Kids, Young Adults and Classics business led by Tom Ascheim, all focused on engaging fans with our brands and franchises through games and other interactive experiences.

Kilar’s full memo is as follows:

It has been a little over 90 days since I joined the mission and the team. These past three months have exceeded my already high expectations. As I shared with you recently, my bullishness about our future has only grown as I have gotten to know you much better and as I have gotten to know our company much better. As some of you may recall, I shared three thoughts with you on my first day email:

With the above as context, I’d like to share some decisions I am announcing today that represent our leaning into this great moment of change, in order to better serve our customers. These changes, which are neither timid nor without risk, are possible in part because we are missionaries that ultimately believe we can and will change the world through story. That is what this all comes back to.

Because of the gift that is the internet, we have what I believe is one of the greatest opportunities in the history of media, which is to deliver our beloved stories and experiences directly to hundreds of millions of consumers across the globe. Earning this ambitious future won’t come easy. To do so, I believe it is vital that we change how we are organized, that we simplify, and that we act boldly and with urgency. The pandemic’s economic pressures and acceleration of direct-to-consumer streaming adoption places an even higher premium on these points.

To accomplish this, we are going to do the following:

Andy Forssell, General Manager of HBO Max, will now be leading a newly created HBO Max operating business unit and report to me. Andy and his team will be responsible for the product, marketing, consumer engagement and global rollout of HBO Max.

Gerhard Zeiler, currently Chief Revenue Officer, will now be leading a newly integrated international group comprised of the international operations of Warner Bros., HBO and Turner Networks. This group will be responsible for local execution of all WarnerMedia linear businesses, commercial activities, and regional programming for HBO Max.

Tony Goncalves, CEO of Otter and a key leader of HBO Max, will lead the new commercial unit that combines the U.S. advertising sales and distribution groups with our home entertainment and content licensing so that all commercial activities are strategically managed across internal and external customers.

Christy Haubegger, Chief Enterprise Inclusion Officer, will now also oversee the global marketing and communications team including branding and corporate social responsibility, as we bring together all of our efforts around equity and inclusion throughout our business.

Simplifying our approach and narrowing our focus goes beyond, for example, having one content organization vs two. It also means that we will be reducing the size of our teams, our layers, and our overall workforce. These reductions are not in any way a reflection of the quality of the people impacted nor their work. It is simply a function of the above changes I believe are necessary for WarnerMedia and our collective ability to best serve customers. This is the part that is painful and very hard. It is difficult to find the appropriate words here to say other than that I am very sorry. These are talented, admired leaders and beloved colleagues.

Three of those talented, admired leaders who will be leaving the company are Bob Greenblatt, Kevin Reilly and Keith Cocozza. I want to thank Bob and Kevin for getting us to this point with the integration of HBO and the legacy Turner Networks and launch of HBO Max. It has been such an impressive sequence of events, and we are so much better for it. I also owe a tremendous amount of gratitude and thanks to Keith, for not only helping me navigate these last few months at the company - and with the media - but more importantly for his 19 years at the company through its evolution. I have never met a kinder, more collaborative executive in my career. I can’t wait to see how each of these leaders change the world in the years to come.

I realize this is a lot to take in. And none of us should expect the above changes to be easy. That said, we are successfully navigating a pandemic together and I know that, however challenging the above changes may be, we will also successfully navigate them as well. As each of you take some time to digest the above, I hope that you become more and more energized by how, together, we are boldly leaning into the future and this historic opportunity that is right in front of us. It is an honor to be on this team with each of you.