‘Masha and the Bear’ Now Free to Air Everywhere 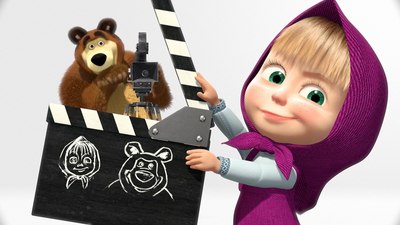 Masha is also a massive hit on YouTube, with one episode, “Masha and the Porridge,” recently hitting the 1 billion views mark, making it one of only twenty videos ever to achieve the feat.

“Millions of children know and love Masha thanks to a simple recipe, funny, original and engaging storylines combined with beautiful animation. This makes a show that works in any culture and language, so it’s no surprise that free to air coverage is expanding so quickly. The whole world wants Masha!” said Ink Global Director Claus Tømming.