‘Masha and the Bear’ to Launch on Univision in U.S. 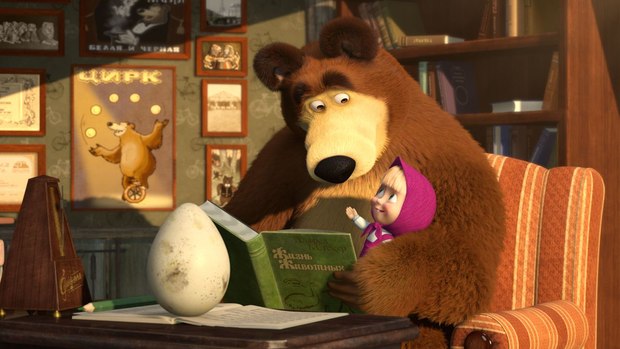 MIAMI, FL – International licensing company Animaccord has announced that their hit animated family series, Masha and the Bear,  will debut September 9-10 in the U.S. on UniMás and Galavisión as part of a partnership with Univision Communications Inc., the leading media company serving Hispanic America.

Following the huge success of Masha and the Bear in Latin America, the series will air on the two Univision channels, UniMás and Galavision, premiering September 9 and September 10 respectively. In addition to the Season 1 launch, both channels plan to broadcast Season 2 as well as the spinoffs, Masha’s Tales and Masha’s Spooky Stories.

Univision Enterprises, a division of Univision Communications Inc., has been named licensing agent to develop promotional partnerships throughout the U.S. and Puerto Rico, effective immediately. The two companies will work collaboratively to build Masha and the Bear licensing programs in retail channels by leveraging Univision’s significant multi-media platforms and unparalleled connection with Hispanic Americans.

The Masha and the Bear series has been airing in the U.S. in English since 2017 on Universal Kids. The 3D animated series is about the adventures of a mischievous little girl, Masha, and her kind and caring friend, the Bear. With just 70 released episodes on YouTube, the show generated over 35 billion views worldwide. Moreover, a single episode, “Recipe for Disaster,” is fifth in the list of TOP-10 most watched YouTube videos of all time with over 3 billion views.