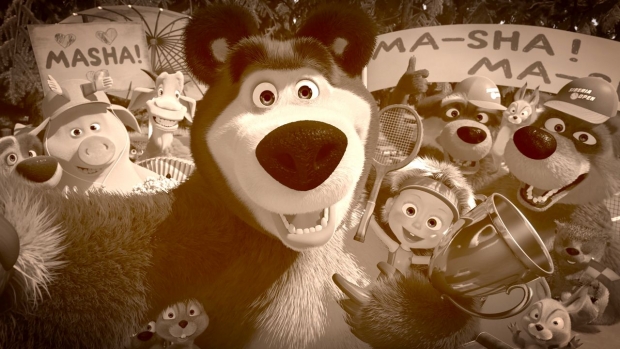 Animaccord’s popular kids’ series, Masha and the Bear, has reached another milestone, hitting 100 billion views worldwide on YouTube. The series’ rise has coincided with the rise and success of YouTube; the show launched in the early stages of the platform’s growth, as it offered an opportunity for children’s animation to have visibility and distribution on a global scale.

"We are very pleased to see how YouTube is helping creative economies grow,” commented Anna Danishevskaya, YouTube Country Lead, Russia. “Masha and the Bear made a long way from being a national hit to becoming a global phenomenon in the world of digital family content. This is a great example of a project that brings real value to creators and viewers; through our platform Animaccord was able to significantly popularize the Russian animation industry and bring together children and parents from all over the world.”

In addition to its YouTube success, Masha and the Bear has seen extensive growth with broadcasters across the globe. Animaccord’s recent deals include leading French TV platforms like the digital platforms Okoo and france.tv, and Mexico’s television network Televisa, long standing broadcasters of the fan favorite show that also recently picked up the series’ spinoff Nursery Rhymes. Recent franchise expansion also includes a multi-territory European distribution deal with Prime Video. The series is viewed in the U.S. on UniMás and Galavisión as part of a partnership with Univision Communications Inc. the leading media company serving Hispanic America; and on Corus Entertainment’s Treehouse in Canada and Sony-owned Tiny Pop preschool channel in the U.K.

Last year, the English Masha and the Bear YouTube channel more than doubled its subscribers, now encompassing over 28 million viewers. According to Animaccord, the series holds the Guinness World Record for the Most Watched Cartoon on YouTube, with over 4.4 billion views and counting.