‘Masha and The Bear’ Goes Global

Ink Global represented‘Masha and the Bear’ heads to MIPJunior with an impressive list of global broadcasters. 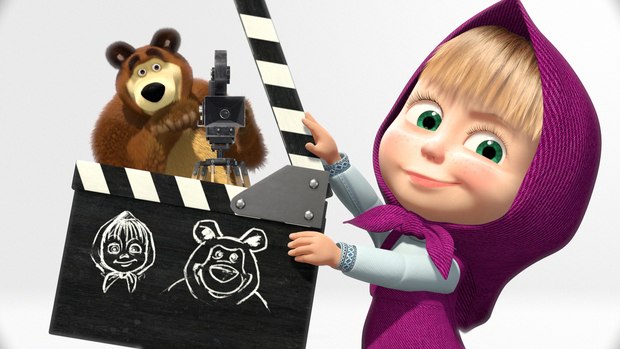 Russian animation Masha and the Bear, which is represented in the broadcasting and licensing sectors by Ink Global, has racked up an impressive roster of broadcasters as it heads to next week’s MIPJUNIOR conference.

The series is the work of leading Russian animation studio Animaccord and brings the old Russian fairy tale of a little girl held captive by a bear bang up to date. Now it is the quick-witted and mischievous Masha who is determined to spend as much time as possible with a bear who is her rather reluctant playmate.

The sharp storylines and beautiful animation mark a change from the usual kids content and channels across the globe have snapped up Masha and the Bear. A total of 92 broadcasters are now on board across Europe (including France, Germany, the UK, Scandinavia, Spain, Portugal, Italy, Austria​ and Switzerland…), Asia (including Taiwan, Sri Lanka, Indonesia and South Korea…), Australia, French-speaking Canada, the Middle East and all of Latin America (including Mexico and Brazil…).

Licensees are also realising the strength of the property and both Egmont (publishing) and Simba Dickie (toys) recently signed pan-European deals. Its success in the Russian market, where more than one hundred partners are in place across categories including puzzles, confectionery, home decorations, digital, toys and fashion, demonstrates the brand’s massive potential.

“It is no exaggeration to say that Masha has taken the world by storm,” says Ink Global Director Claus Tømming. “We have a high number of broadcast partners who are all major names with big audiences. This shows the appetite there is for an innovative animation that breaks from the norm and offers viewers something genuinely different.”