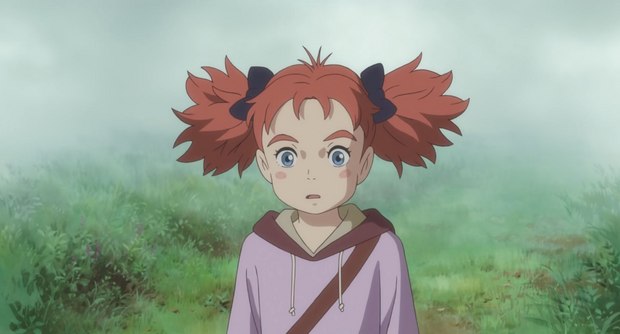 TOKYO -- Dwango has announced that the 2D animation production software OpenToonz, which the company started distributing last March as an open-source software program, has been used in the production of Hiromasa Yonebayashi’s animated feature film Mary and The Witch’s Flower.

The first animated feature from Studio Ponoc, the Japanese animation studio launched in 2015 by former Studio Ghibli producer Yoshiaki Nishimura, Mary and the Witch’s Flower is based on “The Little Broomstick” by Mary Stewart. The 2D anime feature, animated by a team of artists that included several former Ghibli employees, tells a story of a young girl named Mary who discovers that she has a mysterious power to become a witch which lasts for one night only.

OpenToonz is a 2D animation software program based on Toonz which was first developed by the Italian developer Digital Video. After Dwango acquired Toonz it was then developed/distributed as an open-source software program that anybody can use and modify free of charge.

OpenToonz has several features which include functions customized by the longtime Toonz user Studio Ghibli. Dwango has developed visual effects that utilize its artificial intelligence technology and plugins that enable any user to add effects. Dwango has also made additional modifications based on on-site feedbacks.

In Mary and The Witch’s Flower, OpenToonz was used in the following processes:

Mary and The Witch’s Flower, which opened in Japanese theaters on July 8th, is the first animated film to incorporate OpenToonz in their production. Dwango aims to contribute to the development and improvement of OpenToonz by listening to the opinions from Japan’s animation industry.