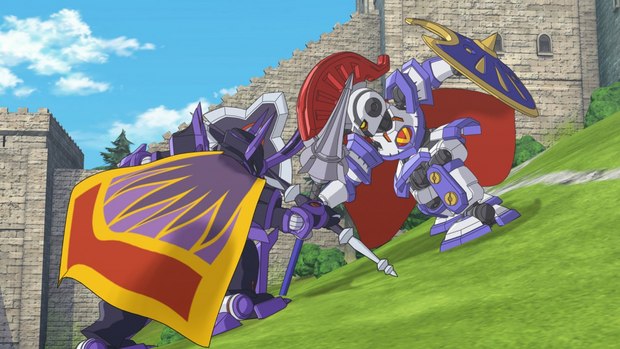 “LBX is a runaway hit in Japan, and has proven its appeal to young audiences in the US since its launch on Nicktoons last year, confirmed by the recent second season order for the series,” commented Szew.  “We are delighted to partner with Dentsu to introduce the series to children across Latin America where we believe it will be enthusiastically received.”

“MarVista Entertainment’s expertise in the licensing of properties targeting boys will be invaluable to us as we launch LBX into the Latin American marketplace,” added Mr. Marc Harrington, Sr. VP, Global Strategy & Development at Dentsu Entertainment USA, Inc.  “We look forward to introducing LBX to children throughout the region.”

The LBX franchise—an original concept created by LEVEL-5, Inc. and adapted by Dentsu for broadcast in the United States—follows the adventures of miniature customizable robots and the kids who interact with them.  In Japan, over 100 episodes have aired in a prime-time programming block on TV Tokyo with major ratings success.

LBX debuted on Nicktoons in the US in August 2014, quickly establishing a solid footprint, which has led  to the additional 26-episode order, to debut in fall 2015.  The first season of LBX is currently running on Nicktoons and will repeat prior to the second season premiere. The series is supported by a robust LBX show branded website.

In season one, it is year 2050. The young hero Van, along with his friends and their robots, engage in a series of battles against forces of evil that wish to undermine the LBX.  Ultimately, they are triumphant. A year later in season two, we find Van teaming up with a new friend, Hiro. Together, they lead a collaborative effort with their allies to confront a new, far more sinister threat.